Posted at Sep 20, 2019 | by Matt Rankin | Comments Off on Staff Spotlight: Bill Sinyard 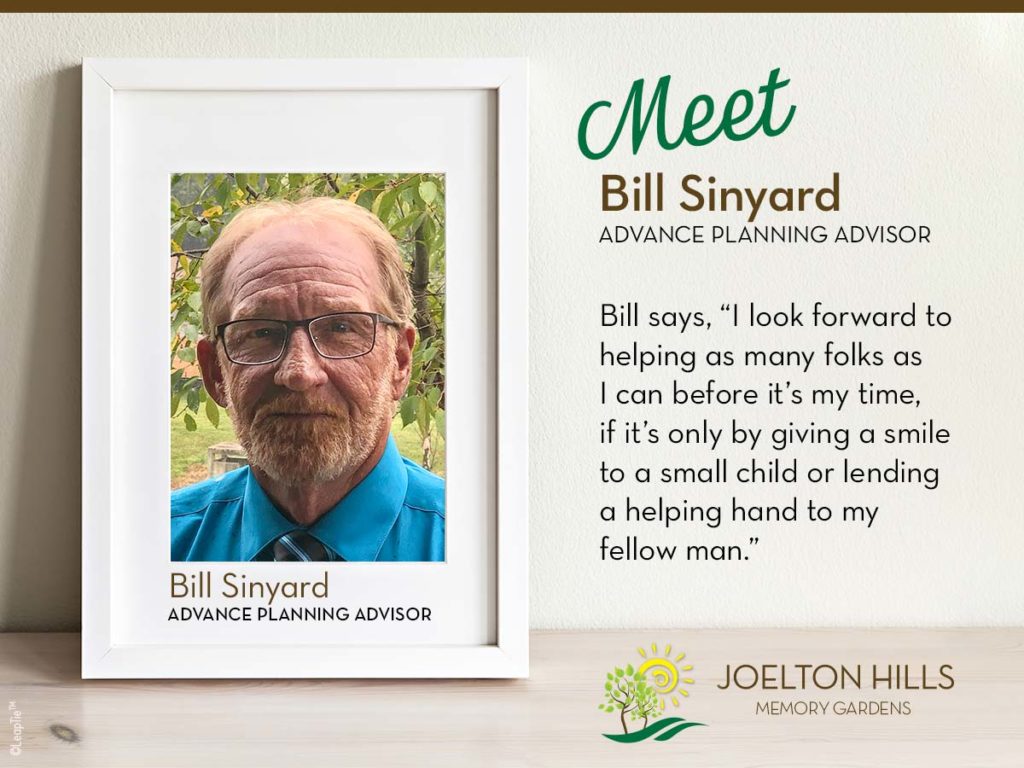 Bill Sinyard was born in Cullman Alabama and was raised in Hendersonville Tennessee since the age of 4. He graduated from Beech High School and shortly after graduation enlisted in the United States Navy.

Bill started his Navy career as an E-1 at Great Lakes Naval Airbase and worked his way up through the ranks, retiring as an E-9 Master Chief Petty Officer, the highest enlisted rank achievable, on board the USS Carl Vinson. Bill has been completely around the world 7 times and has touched every continent on the planet except for Antarctica.

While in the Service, Bill earned an AS degree in Applied Nuclear Physics and BS in Business Economics and Ethics. However, his most memorable accomplishments to date were being awarded the Meritorious Service Medal from President George Bush for his service during “Operation Shock and Awe”, and receiving the same medal from President Obama for his overall military service of 27 years.

Bill currently resides in White House Tennessee, with his wife and 7 dogs. Bill has 4 children and 3 step children, all of which are grown. His 15 grandchildren are his pride and joy.

Bill has been with Family Legacy for almost 5 years, mainly working with our grounds team. He was recently given the opportunity to work “on this side of the dirt” taken the position of Advance Planning Advisor at Joelton Hills Memory Gardens.

Bill says, “I look forward to helping as many folks as I can before it’s my time, if it’s only by giving a smile to a small child or lending a helping hand to my fellow man.”

Bill’s hobbies include spending time with his grandkids and playing as much golf as he can.