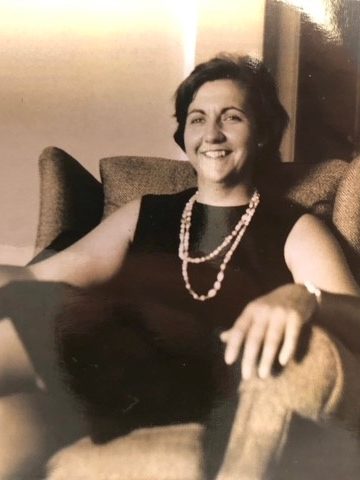 Departed on December 16, 2020 and resided in Nashville, TN

She was born on November 7, 1936, to Arthur and Marie Guay in Providence, Rhode Island.

She was a proud graduate of Brown University and earned her Masters in Public Health at Johns Hopkins University. She worked for many years, including as a professor of nursing, public health nurse, and nursing supervisor, in several states, including Indiana, Massachusetts, California, and New York. While she lived in many different places, her native New England was always special to her.

In 1966 she married her beloved husband, Clifford Allen Wells. She liked to tell the story of how they first met at the swimming pool in their Maryland apartment complex. They were married until his death in 2018 and had three children.

In addition to her husband, she was preceded in death by her parents, sister, and many cherished family dogs. She is survived by her children, Craig (Dalila) Wells, of Waldorf, Maryland; Christopher (Ansley) Wells, of Nashville; and Rebecca (Brian) Del Giudice of Concord, Massachusetts, and ten beloved grandchildren.
A private service will be held at a later date.