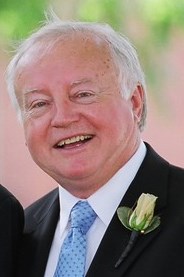 Departed on January 13, 2018 and resided in Nashville, TN

Anthony “Tony” Novotny, 70, passed away peacefully at home on January 13, 2018, after a courageous battle with lymphoma. Tony was born in Prague, Czech Republic on March 25, 1947. He is preceded in death by his father Antonin Novotny and second wife Mary Forgette Novotny. Survived by wife Patricia, sons Adrien (Paola), Petr (Hana) and their mother Anina Novotny, his mother Libuse, sister Alena Vanek, grandchildren Zac, Kayla, Martin, Anika, Nataly, and Sophia, stepchildren Jeanne Forsythe (Jay), Laura Crist (David), Lynda Marvel (Russell), Melissa Forgette, Clayton Cramb (Stephanie), and David Cramb (Mary Jo), and all of their children.
His career began in Prague where he completed a 3-year Tool & Die Apprenticeship for Microtechna Co. In 1968, when Soviet forces occupied Czechoslovakia, he escaped and immigrated to Canada. He lived in Toronto where he achieved an Associate of Applied Science specializing in Planning and Engineering and also began his career as a Tool & Die Maker Foreman, Supervisor & Plant Manager for Export Tool & Welding, Ltd. In 1989, Tony moved to Chicago and co-founded Bantec Automation, Inc., a company that produced robotics for the auto industry. In 2002, he moved to Murfreesboro, TN where he founded Novotny Custom Homes spending the next 12 years building beautiful homes in Middle Tennessee.
Tony’s many friends and family members enjoyed his cooking, his sense of humor, and his stories about his many varied life experiences. He amused them by translating Czech and Southern idioms, explaining and playing with the languages in his accented speech. He loved traveling, sailing, skiing, snorkeling, the beach, ice cream, collectible and fast cars, the Chicago Cubs, watching sports and playing European handball. He also adored animals, especially his beloved Charlie, Cezee, and Lily. Tony took great pride in everything he did. He was a jack-of-all-trades and often did the dirty work himself. He applied his remarkable work ethic not only to his business success, but also to help others. Rarely idle, he frequently and generously offered his many skills to help friends and family.
Following a private family service, friends will gather for a time of remembrance and sharing at the West Harpeth Funeral Home on Friday, January 19, 2018 from 5-7 p.m. In honor of Tony’s preference for casual attire, attendees may feel free to dress comfortably. In lieu of flowers, donations may be made to the Nashville Humane Association or other animal charity of your choice.