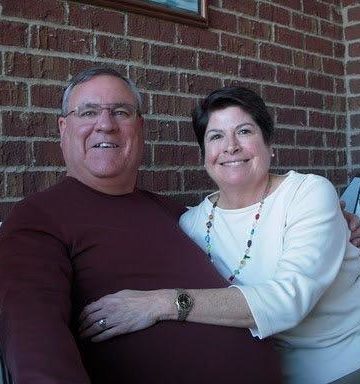 Beloved husband, brother and friend, Bartlett Clay Arnold (Bart), died suddenly in Nashville, TN, on June 8, 2020. He is survived by his loving wife, Ruth Foster Arnold of Nashville, TN, and his sister, Judith Bartlett Arnold, of Reading, MA. He is predeceased by his older brother, Warren Holmes Arnold, III (Terry). Bart was born on March 28, 1953, in Mount Kisco, New York. He was the youngest son of Warren Holmes Arnold, Jr. and Juanita (Clay) Bartlett. While he claimed the South as his home, his ancestors claimed his heritage as strictly a Northerner. Bartlett Clay Arnold carried a lot of history in his name. He was a descendant of Declaration of Independence signer, Josiah Bartlett, one of the three New Hampshire signers. His mother’s family came from New Hampshire where you can find a Bartlett around every corner. He could also trace his lineage back to the Mayflower. The White family was his mother’s Mayflower ancestor and Cornelius von Benschoten, from his father’s side, could be found on the rolls of the Sussex, New Jersey regiment during the Revolutionary War.

Bart spent his first 12 years living and going to school in Chappaqua, New York. For much of his early life, he spent summers with his family in New Hampshire on Newfound Lake at a house his grandfather Arnold had built in the 1920’s. When Bart was 12, his father retired and the family moved to Placida, (Cape Haze) Florida. Bart was the only child still living at home and adapted easily to being the last in the nest. Bart went to Lemon Bay Middle School and Charlotte County High School (home of the Fighting Tarpons). Bart embraced the Florida life and reveled in having his little skiff with a 15-horsepower motor tied at the dock outside the house. (His love of boats lasted his entire life.) He also was an amateur ham radio operator and talked to people all over the world. He went to Bradenton Community College where he earned an Associate degree. He then enrolled at the University of South Florida where he graduated with a Bachelor’s Degree in Business in 1975.

He began his career in sales at Bowen Shoe Co., Miami, FL. His career as a buyer for Bowen Shoe Co. lasted 15 years where he lived in Tampa, Dallas, and Miami. His last move was to Nashville, TN where his easy manner and outgoing personality were well suited to the Southern lifestyle. There he met and married his soul mate and the love of his life, Ruth Foster. Bart and Ruth met in a wine class in 1984 and took two more wine classes together after that. They married March 8, 1986, at Two Rivers Mansion, Donelson, TN. Bart and Ruth loved their five cats (over a 35- year period of time). They were serious boaters with boats from 15 feet to 40 feet on Old Hickory Lake. Bart and Ruth enjoyed traveling, fine dining and wine, and the company of many family and friends through the years.

Bart was an entrepreneur from an early age. When he was 9 and still living in NY, his Dad would take him to Pennsylvania to purchase Christmas trees to sell to his neighbors. His Dad made him pay for the trees and the gas to go purchase them and he got to keep the profits. After they moved to Cape Haze, which was very rural with no real way to get TV reception, Bart became a TN antenna installer for his neighbors. He installed the antennas on everyone’s roof and they loved him. When cable was coming into the area in the early 70’s none of the neighbors wanted to sign up! They told the cable company, “We don’t need you! We have Bart!” The cable company could not understand who Bart was! They met with Bart’s Mom, to see if he could come work for them. But he was too young to work for them. His last and greatest entrepreneur endeavor started in 1989 and continues to this day. Ruth and Bart started Capital Filing Service, Inc. on 7-17-1989. Bart had the business part and Ruth had the legal part. Almost 31 years later, with now a total of 9 employees, and correspondents all over TN and throughout the United States, Capital Filing Service, Inc. has enjoyed great success. Bart’s business smarts made it successful.

Bart loved cars! Especially high-end, exotic and/or foreign cars. He loved to look at cars, buy cars, and help others buy cars. He was a huge football fan and NFL fan. He loved his Florida Gators and Miami Dolphins. He was so sad when Coach Don Shula recently died.

Ruth wants to thank everyone for their out-pouring of love and support during this time. She takes solace and comfort in the fact that Bart did not suffer a long illness. A private, small gathering of family and friends will take place later in June. Ruth asks that memorial contributions be made to the following: