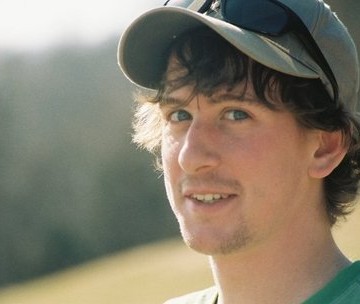 Departed on December 14, 2011 and resided in Nashville, TN

BENDER, William Hardie- age 25, died on Wednesday December 14, 2011, on Signal Mountain, TN. Born on July 12, 1986, in Nashville, TN., William attended Julia Green Elementary, Harding Academy, Battle Ground Academy, MTSU, and also Nashville State Community College. William was working with his close friends at Walden Peak Farm, also located in Signal Mountain, TN, where he was considered by owners Christopher Ryan and Brittany Welch as part of their own family. Although William's death was unfortunate and premature, the life he lived was full and eventful. He loved the people in his life with passion. He enjoyed travel and good food. He was a friend to animals and children, and had a way of laughing with life's humorous moments. William is survived by parents Cathy Fenner, and Todd Peggy Bender, of Nashville. Also survived by siblings, Munro Bender, Scott and Lyz Bender, Kristin Graham Locke , and Katie RhettFordham ; grandparents, Harvey and Doris Bender of Nashville, Carol Fenner of Orlando, FL, and Jim Fenner of New Orleans, LA. A Life Celebration memorial service will be held on Sunday, December 18, 2011, at 3pm, at West Harpeth Funeral Home. In lieu of flowers, the family requests that donations be made to the charity of your choice. Visitation will be on Sunday from 2pm until the service time at WEST HARPETH