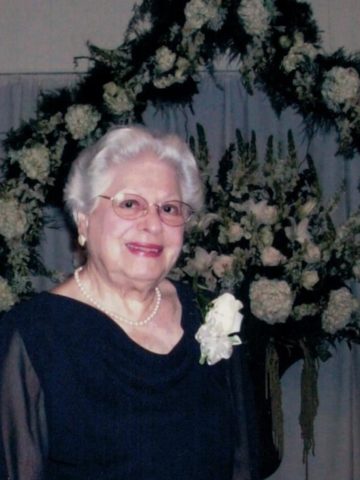 Departed on January 4, 2021 and resided in Nashville, TN

Betty McKinnon Shuff, 97, passed away January 4th in the presence of her loving family. She was preceded in death by her parents Buren and Eve McKinnon, husband George William Shuff Jr., and siblings Bob McKinnon and Marjorie McMillan.

"Shuffie", as she was affectionately named by her grandchildren, was raised in Erin, Tennessee and was a fiercely independent product of the 20th century. She represented the Greatest Generation with her strength, determination, and goodness. She retired from Castner Knott department store where she worked in sales. In retirement she spent time with her family and friends, and expressed her creativity by painting and sewing.

She is survived by:

To honor her life, memorial donations can be made to Shriners Hospitals for Children