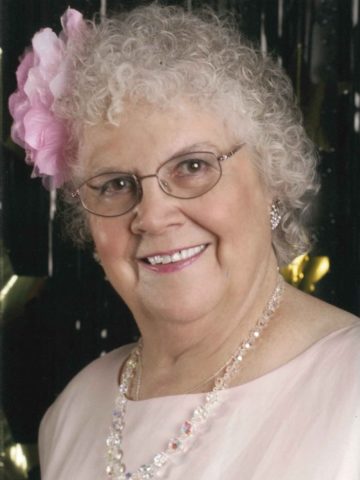 Bettye Estelle Hughes was born April 4, 1935 in Baton Rouge, Louisiana. She was the daughter of Robert and Josephine Hall. She left this life to be with her Savior on Saturday, April 21, 2018 at the age of 83. Bettye was preceded in death by her parents; her oldest son Jimmy Hughes; and her sisters, Lottie and Agnes. She is survived by her daughter, Connie Lytle and husband John; her son, Bill Hughes and wife Shelly; and her son, Terry Hughes and wife Christy. She is also survived by 8 grandchildren: Sonya Oliver (Alex), John Lytle, Jr., Nick Lytle (Amanda), Mary Shull (Trevor), Julie Hughes, Becky Hughes, Andrew Hughes, and Grace Hughes; and 5 great grandchildren: Shelby Oliver, Jenna Oliver, Cricket Lytle-Gansberger, Ripley Lytle-Gansberger, and Wesley Shull. Other survivors include: sister, Bobbie Yow; brother, Robert Hall; sister Dorothy Collins; and brother, Tommy Tillman, Jr.

Bettye considered Gulfport, Mississippi her hometown, but was a long-time resident of Memphis, Tennessee where she was an active member of LaBelle Haven Baptist Church and later at Boulevard Baptist Church. She has lived in Nashville since 1997 when she moved to the Green Hills Retired Teachers Building. She has been a resident of Villa Maria Manor in Nashville since 2006. As long as her health allowed, Bettye was an active member of the Esther Sunday School Class at Bellevue Baptist Church in Nashville, but she continued to be involved in the bible study groups at Villa Maria.

A memorial service will be held for friends and family to celebrate the life of Bettye Hughes on Saturday, April 28, 2018 @ 4:00 pm in the recreation room of Villa Maria Manor located at 32 White Bridge Road in Nashville, Tennessee.

In lieu of flowers, memorials may be sent to:
Down Syndrome Association of Memphis (DSAM)
2893 So. Mendenhall Rd. Suite 3
Memphis, TN 38115