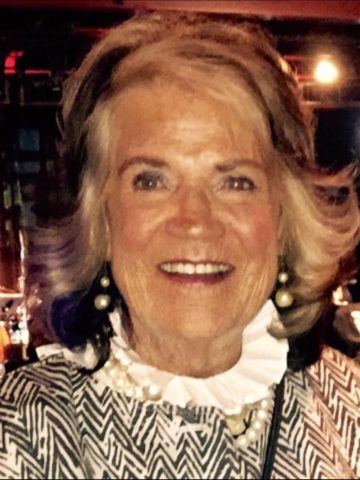 Bobbe Tice Morris, 79, of Nashville, TN passed away Wednesday, April, 26th 2017. She was born in Lexington, KY on July 7th 1937.   She was the oldest of three daughters to Robert (Bob) Maxwell Tice and Dorothy (Dottie) Rhea Tice. Bobbe grew up in Lexington, KY. She was raised in an active Baptist family. They went to church so often that once Bobbe said, “I have gone to church so much that I don’t feel like I need to go anymore.”  The family was well known because they performed musical and dance shows in various church halls, charity events, and local festivals. They had TV variety show called the “Goodie Goodie Show”. Bobbe lead the practice of the musical acts.   Her determination ensured that they would continue to practice even though her younger sister Phyllis wanted to go out and have fun.  Bobbe was always determined and as her sister Nancy says, “endlessly loving”.  This followed her throughout her very fulfilling life.

Bobbe went to the University of Kentucky where she cheered for the Kentucky Wildcats. She and Nancy traveled as the Tice Sisters performing singing and dance musical numbers in Dinner Theatres all the way from Canada to the famous Fountain Blue in Miami, FL.  She wanted to fly across the country and joined American Airlines as a stewardess until she met her first husband the late Buford Feldman and started a family.   She had two children; Mr. Tice Feldman and Ms. Trey Feldman (Webber).  While their marriage ended in divorce, many years later Bobbe and Buford became friends again and she spent countless hours with him during his last weeks of life.  As Nancy says, “she was determined and endlessly loving”.

Later, Bobbe’s close friend Mary Kay Steele told her that, “I have the man for you”.  And she was right.  Farrell and Bobbe had the marriage that one could only dream about.   Bobbe raised her children, owned a knit shop, was an excellent knitter, bridge player, and was a huge Nashville Predators fan. She was a beach lover.   She had a lot of wisdom and was willing to share it.  Her favorite place to be was anywhere her children, granddaughters, and friends were and the Nashville Jazz Workshop. Her favorite "Bobbe ism" her family fondly remembers her saying was "Well, that’s life!”.

Visitation will be Monday, May 1st between 4:00pm and 8:00pm and Funeral Service Tuesday, May 2nd at 10:00am at West Harpeth Funeral Home, 6962 Charlotte Pike, Nashville, TN. Interment will follow at Harpeth Hills Memory Gardens, immediately following will be a Celebration of Life at the Pavillion at the cemetery.