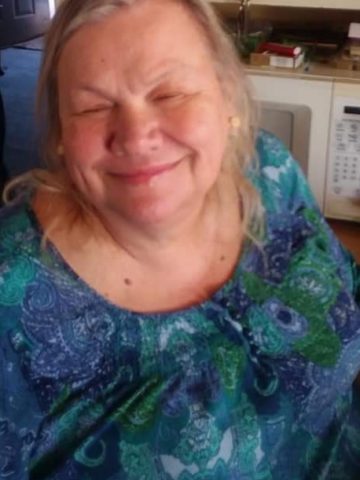 Departed on October 7, 2020 and resided in Nashville, Tennessee

She was born on November 20, 1959 to the late Hillard and Gerildine Robinson.

Although Brenda never experienced the gift of sight here on earth, she never let that get in her way. She was a proud employee of Goodwill Industries for several years. She was a member of the Glencliff United Methodist Church and formerly of 61st Avenue UMC.

A Celebration of Brenda’s life will be on Monday, October 12, 2020, at 1:30PM, at West Harpeth Funeral Home on Charlotte  Pike. The interment will be at Woodlawn Memorial Park on Thompson Lane.