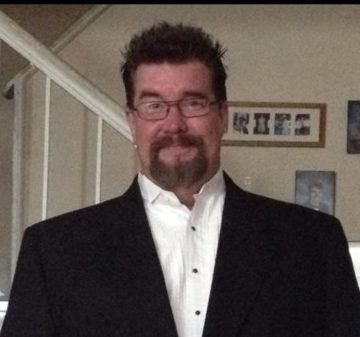 CJ is survived by his fiancé, Kristen Orr; parents, Frank Watson (Barb), Sherry Smith Butcher (Danny); brother, Aaron Butcher (Amanda); adopted father, Dave Morthland (Angie), Kristen’s family (who deeply adored and loved him beyond measure), the young artists that he mentored (Genesis Green, Mindy Braasch, & Nancy Prescott) who became like daughters to him, and many co-writers and friends that he deeply treasured and loved to cook for.

CJ was a Kerrville Award Winning Songwriter who worked with great artists, such as Gretchen Wilson, James Otto, and Lisa Shaffer, to name a few. In 2016 he won “Best Original Song” for VooDoo (co-written with Bruce Michael Miller) at the Los Angeles Independent Film Festival Awards. This song also earned CJ a “Best Original Song” Oscar nomination. CJ had songs featured in the “Rockband” video game and authored the bestselling “Everything Songwriting Book.” He was a fixture at the renowned Frank Brown Songwriting Festival for many years, where he hosted industry panels, educational workshops and provided music education opportunities to rising young music students. CJ played at the Bluebird Café for over 25 years and was loved by all in attendance. CJ Watson was a singer, songwriter, producer, guitarist, coach, mentor, and so much more. His passing has left a void in his music family, but his music and contributions will live on forever.

In lieu of flowers the family requests that you make a donation in honor of CJ Watson to MusiCares, 1904 Wedgewood Ave, Nashville, TN 37323.