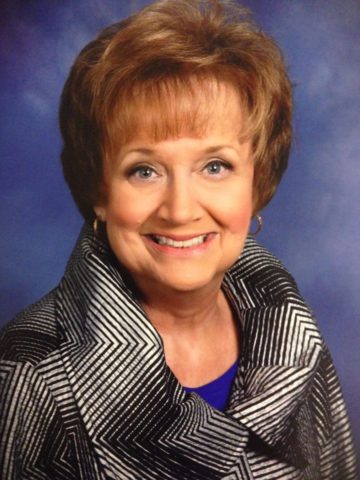 Dr. Carolyn Eakin was predeceased in death by her parents Everett and Margaret Florine Ellington Killman and her husband Nathan Walker Eakin. She is survived by her brothers: James Killman (Lynn) of Covington, GA and Daniel Killman (Kathryn) of Nashville, TN, her nephew and nieces: Gabe Killman (Jennifer) of Covington, GA, Elizabeth Yates (Chuck) of Flagler Beach, FL, Gracie Killman Bassett (Win) of Nashville, TN and Maggie Killman (Danny Acus-Souders) of Cleveland, OH along with her great niece and nephew Maddie and Lex.

Carolyn was the first child of her parents and spent the first 6 years of her life as the Queen Bee, a title that she did not relinquish upon the births of her younger brothers.

She happily resided in St. Louis County throughout her 25- year marriage to her sweetheart, Nathan Eakin, until his death in 2000. In 2001, she moved back to the South (or God’s country as she put it) and joyously settled into life in Nashville until her death.

Carolyn loved to laugh and to be in charge (she often said that she never met a microphone she didn’t like). She was a member of Belle Meade Methodist Church and was actively involved in the Upper Room Sunday School class, the choir, and the Tabitha Women’s Circle. In addition to numerous professional organizations, she enjoyed membership in the Woman’s Club of Nashville where she served on the executive committee, Gamma Phi Beta sorority, Delta Kappa Gamma women educators, and formerly sang barbershop harmony with the Tune Town Show Chorus. She served on the board of her condominium association and on the board of Angel’s Arms, an organization in St. Louis which houses foster children. Along with her beloved partners in crime, travel, and shopping, Ginger Underwood and Jane Tanner, she published 2 books: A Little Travel Guide for High Maintenance Women, and Compass Points: Life Lessons and More Travel Hints. In addition to traveling, she enjoyed playing bridge, reading, listening to music, painting, attending book clubs, and doting on her nephew and 3 nieces.

The family would like to thank the myriad of friends who called, sent cards, visited and prepared food for Carolyn, Alive Hospice for their attentive help the past few months and most especially Sally Lewis for the many hours that she donated to transport Carolyn to doctor’s appointments, chemo, and friends to and from the airport. We also are so grateful to Debby Tharp, caregiver extraordinaire, who has gone above and beyond for the last year. Carolyn was able to die at home with her dog Amber at her side as she wanted, thanks to the help of these wonderful people. She lived her philosophy of life as stated in her book, “Never forget to laugh. Never forget to love. And never forget that cancer doesn’t win if we refuse to allow it.” We will miss her terribly but rejoice that we knew her.