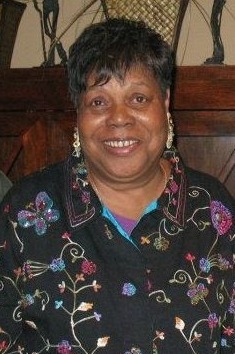 A strong woman won’t let anyone get the best of her,

These words epitomize the life of Carrie Henderson Felton who gave the best of herself to her family, friends, and students.  She was born on February 25, 1944, in Schlater, Mississippi, as the fourth child of John and Augusta Henderson. Carrie was fondly known as “Doll Baby” by her family and close friends.  She was preceded in death by her parents, and siblings Bettie Jackson, John Henderson, Jr., and Bessie Hughes.

Carrie accepted Christ at an early age and was baptized at Zion Watts Baptist Church in Sunnyside, Mississippi. In later years, she affiliated with Mt. Calvary Baptist Church of Palm Coast, Florida.

Carrie, a woman of talent, was a 1961 graduate of  Broadstreet High School in Greenwood, MS, where she was a strong and outstanding athlete in track and basketball.  Her talents led her to Tennessee A & I College (Tennessee State University) on a track scholarship.  She became one of the famous Tigerbelles under the tutelage of women’s track and field pioneer, Ed Temple.  Carrie graduated from Tennessee A & I College in 1967 and became a teacher in the Chicago Public Schools.

Carrie, a woman of wisdom and guidance who gave the very best of herself , molded the minds and talents of hundreds of students as a physical education teacher in the Chicago Public School System for thirty-four years.  She not only taught physical education classes, but she also coached softball, track and field, bowling, and cheerleading.  Carrie was not just a teacher and coach, but a mentor who inspired and encouraged her students to strive for excellence. Her commitment to her students was remarkable, impactful, and everlasting. It was not unusual for her to provide financial support and guidance to ensure their success. With Carrie, failure was not an option.  She saw the best in everyone.  She retired in 2001 but continued to mentor and guide young people.

Carrie loved bowling, shopping, traveling, and the color purple.  She was an avid bowler and dedicated member of numerous teams throughout Chicagoland for over forty years that included the Margaret Burroughs Bowling League as a member of the Wreckers, one of the league’s most competitive teams. She averaged in the high 180’s and 190 throughout her participation.  After retirement and relocating to Palm Coast, Florida, she continued to enjoy bowling as a member of the Senior League and the Wednesday Morning Delight.