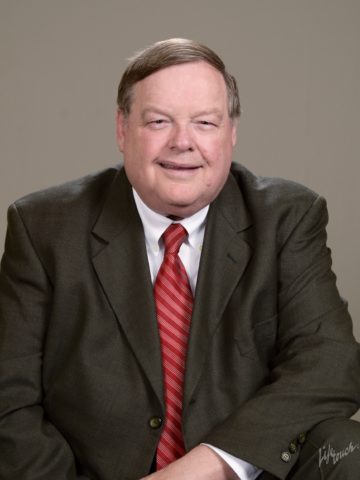 Cecil was born April 8, 1947 in Indianapolis, IN. Thanks to his father’s military service with the United States Air Force, Cecil was given the opportunity to travel nationally and internationally at a young age. After assignments in Miami, FL and Greenville, SC, the Whaleys were stationed in the Philippines at Clark Air Force Base from 1959-61.

Family adventures in India, Thailand, Vietnam, and Japan profoundly influenced Cecil’s thoughtful worldview. As an avid reader, Cecil studied the places he visited as a child and developed a broad understanding of history and geopolitics. He became the “Family Google” before Google even existed! Cecil’s international travels also led him to become more independent and responsible at a young age, which in turn formed his leadership skills and “can-do” personality.

After his family settled in Nashville in 1961, Cecil graduated from Two Rivers High School in 1965. He attended Indiana University and graduated from the University of Tennessee at Knoxville, then served in the U.S. Army as an Information Specialist for two years. In 1972, Cecil and Frances Morton Whaley were married at the West End Church of Christ in Nashville.

Deeply devoted to his beloved family, Cecil proudly supported Fran’s teaching career, enthusiastically attended every one of their son Wes’s sporting events, and happily coached his niece, Megan, in her athletic pursuits. When Fran’s elderly parents and his mother, Anita, were no longer able to live on their own, he welcomed them into his home with open arms and a generous, loving spirit.

Cecil served the State of Tennessee for a total of 36 years, beginning with his four-year stint in the 1970s at the Tennessee Department of Employment Security. In 1988, Cecil joined the Tennessee Emergency Management Agency (TEMA) as an operations officer. In his subsequent role as TEMA spokesman, Cecil provided reassuring, articulate updates to the public following several high-profile state disasters in the early 1990s. He became so well-known, a Nashville radio station created and played the lighthearted “Cecil Song” to highlight his efforts in keeping the public informed.

His subsequent positions in TEMA disaster planning culminated in his most recent role as the department’s Assistant Director for Preparedness. Cecil received national recognition for his innovative and collaborative efforts, having designed many of the best practices currently used by the country’s emergency management professionals. He received the Emergency Management Association’s 2014 Tennessee Achievement Award, and the National Earthquake Program Managers’ 2015 National Leadership Award.

Cecil’s civic-mindedness also extended to local sports teams. He was an enthusiastic booster of youth sports, the University of Tennessee, Vanderbilt University, and he was a PSL Founder of the Tennessee Titans. He volunteered 25 years with the Music City Bowl through the Nashville Sports Council, and in 2001 was named the council’s Volunteer of the Year.

A celebration of Cecil’s life will take place at an undetermined venue later this year, with internment at the Middle Tennessee State Veterans Cemetery on McCrory Lane in Nashville.

If you wish to honor Cecil, please donate to The Community Foundation of Middle Tennessee for tornado relief, The Salvation Army - Nashville Chapter, or to the charity of your choice.