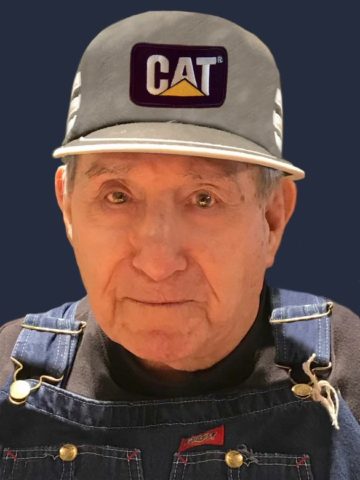 Charles was born October 17, 1929 in Benton, IL to Charlie and Hallie Dorris.

Charles married his lovely wife Tomoko Yamabe September 11, 1953 in Japan where he was serving with the National Guard. She preceded him in death October 4, 2020. They were married 67 years, living in Pekin, IL 63 years.
He was also preceded in death by his parents, sister Maxine Kling, brothers Jack, Elvis, and Bob Dorris and son-in-law Ben Petty.

Charles is survived by his son Edward (Judy) Dorris, daughter Trina Petty, grandchildren Sarah (Jason) Norberg, Weston (Danielle) Tolbert, Jamie (Buck) Mizell, Zach (Jamie) Dorris, Josh (Randi) Tolbert, and 12 great-grandchildren.
Charles was a Caterpillar retiree of 36 years as a semi-truck driver. He was a member of the UAW and belonged to the 1st Church of God of Pekin.
Charles and Tomoko spent many winters in Texas with other Caterpillar retirees.

Charles always had a smile and a joke ready. He will be missed. A graveside service will be held at Glendale Memorial Gardens in Pekin, IL.