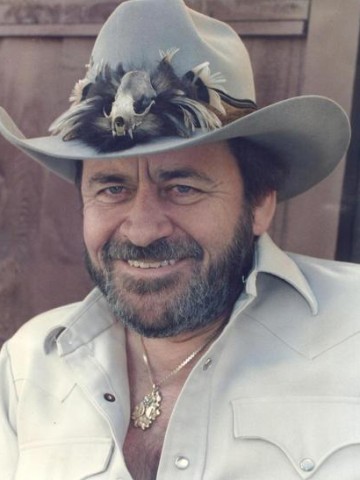 COX, Don- 78, died July 24, 2012. He passed away early in the morning at home in Nashville with his loving family surrounding him. Don was born June 21, 1934, in Weatherford, Texas, and had six brothers and sisters, including a twin brother, Doyle Cox. Don moved to California when he was 16 years old, married when he was 21, and proudly served his country in the United States Army. As an entertainer in the San Francisco bay area, Don became affectionately known as "The Crazy Gringo". He had two Country Music night clubs in San Jose, and was the band leader at the well-known "Cowtown" for 30 years, where they packed the house five nights a week. His song "The Crazy Gringo" charted on billboard and was a local hit for many weeks. He also did several USO tours all over the world. In January, 2011, at the age of 76, Don did his last show at the Three Flames in San Jose. The venue overflowed that night with 50 years' worth of friends and fans in attendance for his final, historic performance. Don is survived by his wife of 56 years, Edna Jean Cox; daughter, Debbie Darlene Zavitson; daughter, Donna Jean Clot and husband, Robert Clot; daughter, Diana Doylene Harris and husband, David Harris; brothers Doyle Cox and Jerry Glenn Cox; and seven grandchildren. Services will be held Friday, July 27th from the chapel of the West Harpeth Funeral Home. Visitation will be on Friday from 1pm until the service time at WEST HARPETH FUNERAL HOME & CREMATORY