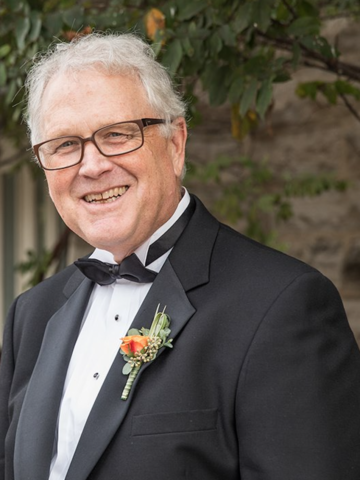 Departed on July 23, 2020 and resided in Nashville, Tennessee

Dale Kenneth Randels, Jr., passed away on Thursday, July 23, 2020, in Rockville, Maryland. He was 63 years old. A small, socially distant funeral service will be held in Nashville, Tennessee on Tuesday, July 28.

Dale was born on August 15, 1956, in Fort Campbell, Kentucky, to Dale Sr. and Betty Jean (Covington) Randels. He spent his childhood all over the world, including attending high school in Stuttgart, Germay, while his father served our country in the United States Army Corps of Engineers. After serving our country himself in the Army, Dale graduated from the University of Arkansas - a proud Razorback fan.

Dale dedicated his life to exploring and learning. He worked for Heery International and founded Pinnacle Construction Partners in Nashville, managing the construction of multiple local projects, including the Nashville Public Library and the Jim Carell Stadium at Father Ryan High School. In 2013, he began working for Parsons Corporation and ran a nationwide building project for Job Corps Centers. Always the traveler, Dale then worked for two years in Saudi Arabia, managing building programs for the City of Yanbu.

Dale traveled to all 50 states by the age of 60, and to more countries than he could remember. On one of his last trips, he visited Stockholm, Sweden, where his paternal grandmother grew up.

Of all his accomplishments, Dale’s favorite was his children. He is survived by his daughter Maggy Randels Schuette (Doug), a lawyer in Atlanta, Georgia, and his son Sam Randels (Emily), a software developer in Arlington, Virginia. Dale is also survived by his wife, Margaret, his mother, Betty Jean, his sisters, Karen Randels and Tammy Candler (David), as well as numerous nieces and nephews.

In lieu of flowers, the family requests donations to Priorities, USA, or the Nashville Public Library.