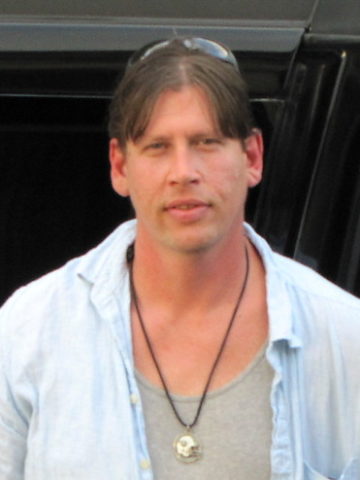 David Allen Clark of Nashville TN, passed away suddenly at his home July 1, 2020. He was 49 years old.
David is preceded in death by his father Billie Joe Clark and is survived by his mother Dorothy Hows Clark; his children Callie, Nathan, Cassie, and Brayden Clark and their mother Cindy Clark; his grandchildren Kiylee, Peyton, Cain, and Ella Jo Rinehart; his siblings Rhonda Beard, Johnny Clark, and Jason Clark; 11 nieces & nephews; and many beloved cousins and dear friends.

As a truck driver and man of many trades, David always found a way to take care of his family. With his light-hearted spirit and his loving nature, he was happy to lend a hand to any family member or friend in need. David was an avid guitar player; he loved fishing and was a huge fan of TN football. He was the most supportive, loving and forgiving father. He was made to be a daddy. Through his un-breakable faith, David was able to overcome so many trials and tribulations in his life. He loved to sing the word of God, and even taught his children and his grandbabies to pray. His family will remember him as an amazing father, brother and son. He will be truly missed by all that knew him, but never forgotten.

Visitation for Mr. David Clark will be held from 3:00p.m. – 7:00p.m on Tuesday, July 7th. Chapel services officiated by Pastor Jack Davis to begin on Wednesday July 8th at 11:00am all at West Harpeth Funeral Home, 6962 Charlotte Ave., Nashville.