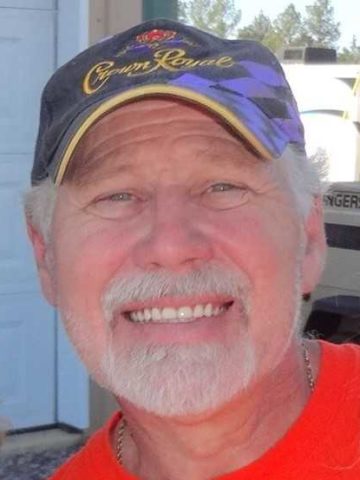 Passed away May 31, 2020 at his home after a brief illness at age 64.
He was preceded in death by his parents Rex E. Garton and Mary McMahon Garton.
He is survived by his wife Peggy Brown Garton, daughters Robyn Garton, Melanie (Jeffrey) Jackson, siblings, Rex E. (Sandy) Garton, James (Elizabeth) Garton, Gloria (Robert, Sr.) Cowell, & Michael (Angela) Garton, 5 grandchildren and 3 great­ grandchildren, and 2 step grandchildren.
David enjoyed a career of over forty years in the construction industry as a master sheet metal journeyman. He was a member of Sheet Metal Workers Union Local 177 and employed by Nashville Machine Company for his entire career. He worked on numerous projects for many leading building owners including Vanderbilt University, Nissan, Metro Nashville, Tristar Hospitals and scores of others.
David's friendly manner, strong ethic and high level of competence served him well and he was involved for decades in apprenticeship training becoming a respected and beloved mentor to many of the sheet metal men working today in Middle Tennessee.·
Those traits along with his fun-loving good humor earned him the nickname of "Gravy", which he relished as a badge of honor even though needling those who called him that. For many years in Nashville with the largest and toughest mechanical systems Gravy was the man for the job.
David was a NASCAR enthusiast and traveled frequently to races with Peggy, making weekend RV camping and tailgate parties where they would set up and cook hosting many friends who convened over the years. He was quick to slice you some brisket and pour you a Crown Royal to wash it down.
When in town David could be found weekend evenings being entertained in the Music Valley or on Lower Broad as he and Peggy loved their honky tonk music and dancing,

The family would like to express its love and gratitude to dear friends and caregiver, Ellie Rose Taggart, for their devoted skills and affection in giving David comfortable and dignified final days.

There will be a Celebration of Life at a future date and place to be announced.