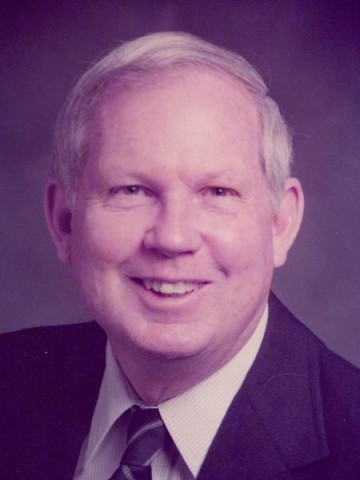 Departed on September 8, 2013 and resided in Hendersonville, TN

DODGE, ROBERT WHITMORE - Passed away Sept. 8, 2013 from complications resulting from a fall last summer. He was 89 years old. Born in Lake Worth Florida on January 18, 1924, he was the second of three sons born to Adiel Marvin Dodge and Ruth Beazley Dodge. After high school he went to work for Vultee Aircraft Corporation in Miami. He served his country during World War II as a waist gunner on a B-17 bomber stationed in England with the 487th and 493rd bomb groups of the 8th Army Air corp. flying 33 missions over Nazi occupied Germany; He also was a recipient of the Good Conduct medal and Air Medal with 4 oak leaf clusters. After his service in the war he worked for LB Smith aircraft in Miami as an upholsterer on private jet interiors. Bob married Martha Marie Allen in Miami Florida on Oct. 1, 1950 and they were the parents of 5 children. He then moved to Kansas City, Mo in 1967 and went to work for Trans World Airlines doing sheet metal work. He retired in 1985. Preceded in death by his parents and brothers, Marvin Dodge and Bill Dodge; infant daughter Margery Dodge. Survivors include Martha, his wife of 63 years, daughters, Marion Bellows Jeff of Oklahoma City OK, Susan Higgins Doug of Platte City MO., son, Robert W. Dodge Jr. of Lee's Summit MO., and daughter, Jennifer Poole Mark of Hendersonville TN; ten grandchildren, Sarah Bellows, Rachel Bellows, Jeffrey Bellows, Meredith Bellows Nehring, Hannah Andrews, Katie Booher, Timothy Andrews, Matthew Poole, Laura Dodge and Willie Higgins; three great-grandsons, Benjamin, Asher and James; two nephews, Richard and Robert Allen; cousin Margaret Cayce. He was a resident of Hendersonville since moving there in 1994. Bob loved to travel and Britain was his favorite place to visit but he and Martha also liked seeing the rest of the world with his TWA benefits. He was a skilled woodworker who built beautiful furniture and dollhouses using his own plans. He also built radio control airplanes and ship models. He was crazy about trains, steam engines and model railroads too. Bob was a hardworking, generous, funny and kindhearted man who loved his family most of all. He will be sorely missed. Special thanks go to the staff at Elmcroft of Hendersonville, and Life Care Center of Old Hickory, John Painter and Dr. Thomas Miller for their care and support. A Life Celebration will be held 1pm Saturday at Crestview Funeral Home with burial to follow in Crestview Memory Gardens. Visitation will be one hour prior to service at CRESTVIEW FUNERAL HOME 1623 HWY 109 N GALLATIN TN, 37066 615-452-1943 crestviewfh.com