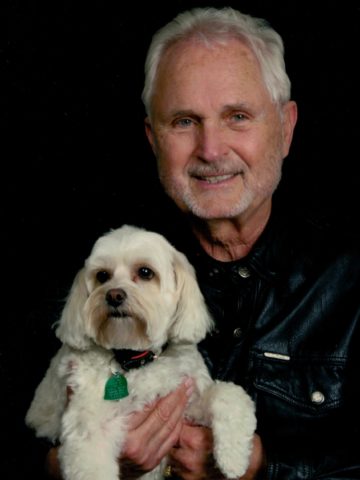 Donald Eugene Gaddes, born June 17, 1933, passed away August 14, 2019 at the age of 86. Don was born and raised in Nashville, Tennessee, attending West High School and participating in the Marine ROTC. Making a bold decision at a young age to relocate to Chicago, Illinois, then to Detroit, Michigan for better opportunities, he worked himself through life with several business experiences ultimately, becoming a prominent custom home builder (former owner of Michigan Valley Homes, Inc.) for over 47 years in the Jackson, Michigan area. Don was known for his high quality, energy efficient, healthy homes and was a member of the Jackson Home Builders Association, serving as president for two years and “Expert Witness” in litigation for Mold Mitigation. He helped organize and supported the “Energy Efficient Building Association”, now known as “The Energy and Environmental Alliance”, a national organization that helps set building science standards for new construction. His entrepreneurial spirit was a driving force in his life as he developed, owned and operated several businesses including, Willow Lake Restaurant and Don’s Airport Restaurant for 15 years.

Don was a passionate outdoorsman and was heavily involved in hunting, shooting and cycling including, being a member of the Chapter J Gold Wing Club that supported charities. He also enjoyed riding his Harleys, taking many trips with his family and close friends.

Don was a very successful businessman but most of all loved his family and friends. He was unselfish with his time for friends, business associates and family and worked hard but lived life to the fullest.

In lieu of flowers, please make contributions to the following charities in Donald Gaddes’ name:
Hospice or Dogs on Borrowed Time “Facebook”