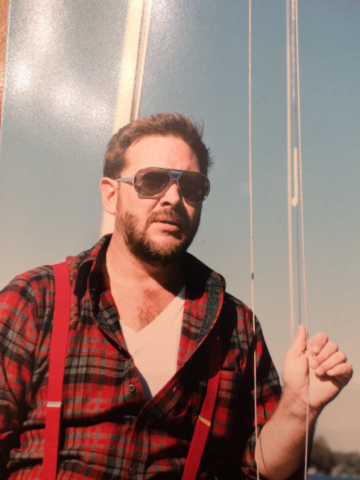 Departed on December 30, 2018 and resided in Nashville, TN

The family will accept friends for visitation on Saturday, January 5, 2019 from 11:00 a.m. until 3:00 p.m. in the Celebration Hall at West Harpeth Funeral Home.

In lieu of flowers, the family request donations be made to St. Luke’s Community House, 5601 New York Ave., Nashville, TN 37209.

Dan was born in Roanoke Virginia to Katherine Shirley Andrews and Ernest Mason Brown on May 26, 1939. He was the oldest of four children and a loving brother to siblings Becky, Mary Kate, and Mike.  He met June Stinson in 1955 and they became sweethearts at age 16.  They married in 1960 and had one son Charlie in 1960 and a daughter Katherine in 1964.

Dan attended Duke University as an undergraduate and went to graduate school at University of Illinois where he earned a PhD in Civil Engineering. He taught Civil Engineering at University of Illinois for several years, and in 1969, the family moved to Nashville, Tennessee where Dan started teaching at Vanderbilt University.  He was an avid basketball fan and enjoyed cheering on Vandy’s basketball team.  He was also an avid sailor and spent weekends sailing at Percy Priest Lake.

Dan left teaching for industry in 1984 and moved with June to Kansas City, Missouri to work for Andrew Corporation designing cell phone towers. He enjoyed the opportunity to travel overseas on business and especially enjoyed trips to Argentina and to Paris.  Work took Dan and June to the Chicago, Illinois area in 1986, and they enjoyed exploring the city’s museums and restaurants.  They moved to Denton, Texas in 1990, and Dan was an active member of the local sailing club in Denton.  He retired from Andrew while living in Texas.  Dan and June moved back to Tennessee in 1996 and were happy to reunite with their Nashville friends and family.

During retirement, Dan and June enjoyed a number of trips with the Elderhostel organization, hiking and exploring national parks.   Dan also enjoyed taking his sailboat on long trips motoring Tennessee’s waterways.  He even took the Tom Bigby waterway from Nashville down to Gulf Shores, Alabama.  He emailed summaries of his journeys to friends and family and commented in an email in April 2001 “With all this solitude, I began to wonder why anyone would do this.  To get away from where you are…to get to somewhere you’ve never been…maybe to get back to a place you once were.”

Dan was known for his gentle caring nature, his calm demeanor, and his wonderful sense of humor and will be dearly missed by all who had the chance to know and love him.