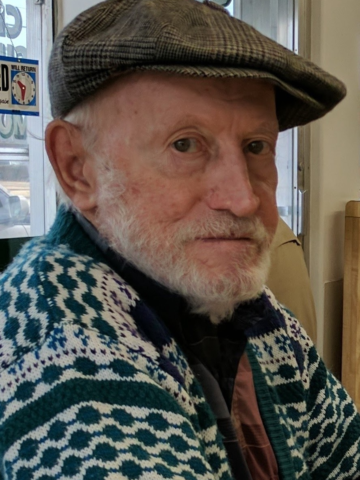 Departed on December 31, 2018 and resided in Nashville, TN

Horace, also known as Weed to many friends, passed peacefully into eternal rest in the company of family on the morning of Monday 12/31/18 at Belmont Village Senior Living Green Hills in Nashville, TN. He was 87 years old.

Professor Williams taught Mathematics and Statistics at Vanderbilt for forty years: from 1958 when he started on the faculty of the Engineering Mathematics Department until his retirement from the Department of Mathematics in the College of Arts & Sciences in 1998. He served a term as Chairman of the Engineering Math Dept. until its merger into the Dept. of Math in A&S where he was the Director of Undergraduate Mathematics for Engineers. He spent his career concerned with the quality of math education at all levels. He was very active in both the National Council of Teachers of Mathematics and the Tennessee Mathematics Teachers Association. He attended many NCTM meetings and helped plan and execute the NCTM national meeting when it came to Nashville. He served a term as President of TMTA, edited the TMTA Bulletin for two decades, and was involved for many years with TMTA’s Tennessee State Math Contest. He also volunteered for a number of years with the Middle Tennessee Science and Engineering Fair. During his career he contributed to several textbooks on engineering applications of mathematical and statistical methods and did research on improving the teaching of mathematics at all levels from elementary school through college.

Horace was very active in the Nashville recovery community and gave freely of his time, experience, strength and hope to many, many others. He was heavily involved with Cumberland Heights and a strong supporter of that institution for over 36 years, including serving on its Board of Directors. He was also actively involved with and a supporter of the Alcohol and Drug Council of Middle Tennessee and served on its Board.

Horace was born in and grew up in Nashville, graduating from Hillsboro High School in 1949 where he was a member of the Student Council, President of the Boys’ Athletic Association, lettered in football and basketball and was named “Wittiest”. He then attended Vanderbilt where he was a member of Phi Kappa Sigma fraternity and graduated with honors in 1953 with a bachelor’s degree in Chemistry and Mathematics. He was Phi Beta Kappa. He served in the U.S. Army, training in counter-intelligence and working in the Projects Control Division, Ballistic Missile Agency. He attended Graduate School at Vanderbilt and earned a master’s degree in Mathematics. He worked as a Quality Control Analyst with the Ford Motor Co. Glass Plant in Nashville for two years. He then joined the faculty of the Vanderbilt Engineering Math Dept. and worked on his doctorate. He received a Ph.D. in Mathematics from George Peabody College for Teachers in 1962 for a dissertation on potential new techniques in math education including the use of television as a teaching tool.

Throughout his life Weed loved sports. He loved to play sports, watch sports and talk about sports. He was a loyal Vandy fan and a long-time season ticket holder to Vanderbilt football, baseball, men’s basketball and women’s basketball. He was an avid golfer and played at least three times per week once he retired.

In 1973 Horace built a cabin on Dale Hollow Lake doing much of the work himself along with the help of family and friends. This house and his boat, which he kept docked on Dale Hollow, brought him immense joy until the very end of his life. The lake house for him was his refuge, a place of unparalleled peace and serenity. He took pleasure in his grandchildren and loved to spend time with them.

The family wishes that in lieu of flowers any remembrance be made to the Horace E. Williams Patient Assistance Fund at Cumberland Heights Treatment Center, 8283 River Road Pike, Nashville, TN 37209, 615-352-1757.