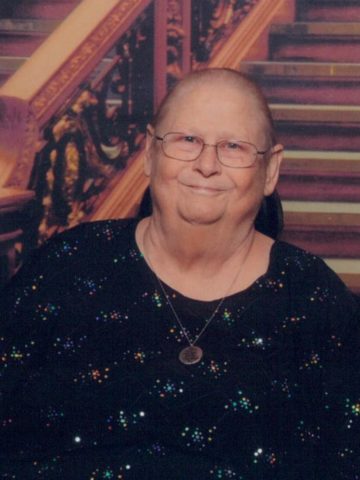 Departed on November 9, 2017 and resided in Nashville, TN

On November 9th 2017, Dr. Susan Marie Chapman Goss died at age 78 from complications of end stage renal disease. Her memorial service will begin at 2:00 pm on Sunday November 19th 2017 at West Harpeth Funeral Home: 6962 Charlotte Pike, Nashville TN 37209. Visitation will start at 12:00 pm, lasting until time for the memorial service; and, a Life Celebration Reception will directly follow the service. Flowers and condolences can be sent to West Harpeth Funeral Home.
Dr. Susan Goss was born on March 2nd 1939 in Charlotte, North Carolina. She attended Broughton High School in North Carolina and then completed her Bachelor’s Degree at Howard Payne University in Brownwood Texas, where she would meet her husband of 50+ years. Sue was married to Dr. Donald Ray Goss on May 25th 1962. She finished a Master’s Degree at Murray State University in Kentucky, and they moved to Nashville in 1969. They both received Doctorate degree from Peabody College, “before it was part of Vanderbilt,” Sue always liked to explain.

Sue and Don were soul mates, and she was fond of reminiscing about their life together. She would chuckle every time that she told us, “If someone called the house asking for Dr. Goss, we would always say ‘Which one’?”

A lifelong educator, Dr. Susan Goss worked for Metropolitan Nashville Public Schools for 35 years. She began as an elementary school teacher, became a school principal, and then later worked in administration on “the hill.” Fellow educator and longtime friend Florence Kidd stated, “She guided my career and pushed me to be the best I could be. She was a real special person.” Everyone who knew Sue would agree. She was indeed an extraordinary person.
Dr. Susan Goss had a spirited nature and a quick wit. Sue was an accomplished clarinet player, was a member of the local Mensa society, and was president of the Metropolitan Nashville Education Association (MNEA) for several years. In her free time she stitched dozens and dozens of beautiful cross-stitched art works, many of which were awarded ribbons by the American Needlepoint Guild.
Sue was truly a renaissance woman. She held a small plane pilot’s license, was an avid amateur photographer, loved studying Egyptian history, and playing three-card poker. She loved books and loved reading; and, with no surprise, asked to be buried with her kindle. Her favorite author was Dorothy L. Sayers, and Sue lived a life as full and adventurous and any character in Sayers books. Additionally, Sue was a member of the Greater Nashville Unitarian Universalist Congregation on Hicks Road. She proudly attended every Sunday that she was able.
Her love of all things Egyptian prompted two separate trips to Egypt. Sue and Don were world travelers, and both they loved going on a cruise. She fondly remembered the majestic waterfalls in Norway, the tulip fields in Holland, the awe inspiring pyramids of Egypt, visiting a local Chinese family for dinner while exploring the Yangtze River in China, and the aroma from the amazing rose gardens in New Zealand. Her all time favorite city to visit was London, England.
Dr. Susan Goss had a generous heart and was full of loving kindness. The last few years of her life, while a resident at Morningside of Belmont, she enjoyed time spent with friends, meals out with the RODEO group (Retired Old Dames Eating Out), many quiet afternoons with her “boys” (her two male cats) who sprawled out in her lap, and one final month-long cruise with her adoptive daughter Jennifer. After many years of struggling with kidney failure, type-2 diabetes, and congestive heart failure, Dr. Susan Goss was able to approach the end of her life on her own terms, in much the same way she lived each day.
She was predeceased in death by her mother - Mary Mozelle Bailey (1904-1941), her father - Frances (Frank) Chapman (1902-1955), her step mother - Mildred (Millie) Smith (1913-1988), her sister - Jessie Elizabeth Chapman Scarborough (1927-1982), her brother - Frank (Bo) Campbell Chapman (1926-1994), and her beloved husband - Dr. Donald Ray Goss, PhD (1935-2012).
She is leaving behind her cats (who have new adoptive families), various friends and scattered family: notably, nephew Robert (Bucky) and his wife Beth, niece Terry with her husband John, adoptive daughter Jennifer with her sons, daughter-in-law and granddaughter, and additional chosen family of Teresa Hamlin and Florence Kidd.