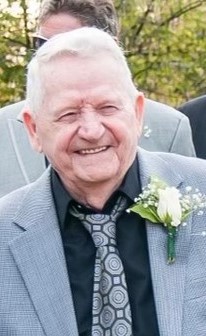 Earl Warrick- Age 86, passed from this life on Thursday, January 21, 2021, at his residence.  He is preceded in death by his parents, Jennings (Jack) Audra Warrick and Ola Aline Warrick; his son, Forrest Wright.

Earl was a loving, talented, and gentle man. He was a mechanic by day and a great musician by night. He never went a day with out telling a joke and sharing smiles and kisses with his wife of 52 years. You could often find Earl tapping his foot and drumming his fingers to a song stuck in his head. He could play any instrument placed in front of him, and often wrote songs for each of his children and grandchildren reflecting their personality. Earl welcomed friends and family into his home and always offered candy from his hidden stash or a popsicle.

A Celebration of his life will be on Tuesday, January 26, 2021, at 12PM, at West Harpeth Funeral Home on Charlotte. Visitation with the family will be on Tuesday from 10AM until the service time at 12PM. Interment will follow at Harpeth Hills Memory Gardens.