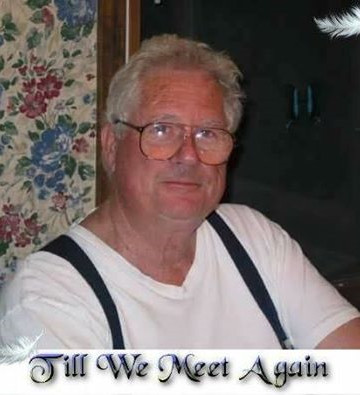 Departed on November 29, 2017 and resided in Tullahoma, TN

EDGAR DAVID FETTERER Tullahoma, Tennessee formerly Hobart, Indiana Age 84, passed away while at Select Specialty Hospital on Wednesday, November 29 2017, in Nashville, Tennessee. Ed was born in Gary, Indiana to Edgar Rustin Fetterer and Ruby Nichols. Ed met the love of his life Joyce Elaine Duggins while attending Indiana University where he ended up obtaining a Masters degree. Ed’s career included being a school teacher, insurance agent and a mill worker. After retiring from his last position as Land Acquisition Agent for the Lake County Parks Department in Indiana, Ed moved to Athens, Alabama and then onto Lynchburg, Tennessee in 2014. Ed, a Korean War Veteran, was an avid outdoorsman, gun collector, wine and brandy making enthusiast and botanist at heart. Ed raised things from

the exotic such as pineapple and cherries to the traditional such as corn and tomatoes. He also was a proud member of the Lions Club and as an ABC Life Master he played Bridge with his wife. In his retirement years Ed went back to work and exercised his entrepreneurial skills as an owner and improver of a building with the current tenant being a bar and grill in Tullahoma, Tennessee. Ed was a dedicated husband to Joyce Elaine Duggins who preceded him in death after a marriage of 51 years. Ed is survived by 5 children, Marie Noel of Westland, MI, Elaine (Rickey) McDougal of Hobart, IN, Al (Nit) Fetterer of Overland Park, KS, Amy (Darryl) McLamb of Westminster, MD and Susan Fetterer (Matthew Hausmann)of Nashville, TN. Ed also left behind 8 grandchildren, Michele, Jason, Lisa, and Amanda Noel, Eric Freeman, Melissa Fetterer, Andrew and Erin McLamb; and numerous nieces and nephews. In lieu of flowers memorials should be sent to woundedwarriorproject.org or www.dva.org Visitation is Tuesday, December 5 2017 9:30am at West Harpeth Funeral Home and Burial will be at Middle Tennessee Veterans Cemetery - Nashville, Tennessee.