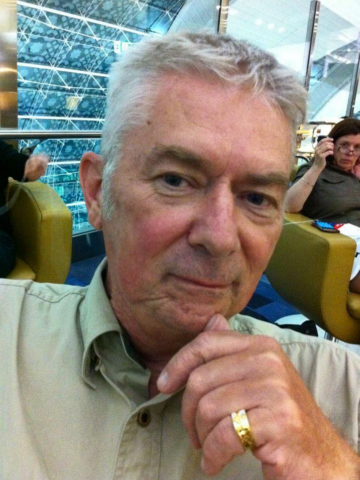 Departed on April 23, 2017 and resided in Nashville, Tennessee

Captain Edwin "Bub" Neal Brandon lived a full and adventurous life.  He loved those whose paths he crossed and leaves behind an adoring family and friends around the world. Whether through service to his country while in the Marine Corps, work, or just exploring, traveling was as much a part of his daily life as an average person going to the grocery store.  He lived a life that most only dream about or have read of in books.

Capt. Ed was born in Manchester, TN but spent most of his life on the water piloting large vessels with Nashville as his home base.  Ed visited over 40 countries and was especially fond of Central America.  One of his greatest joys was sharing stories of his adventures with family and friends. On special occasions he was even able to prod average folks to jump out of planes, hang glide, camp, hike, kayak and other things they normally wouldn't dare to do.  Three of the groups that were very special to Capt. Ed were the Force Recon of the Marine Corps, Hope Park Church and the Nashville Hash Harriers.

His love for adventure was second only to his love for family.  He leaves behind three brothers, David (Beverly) of Nashville, Ron (Linda) and Jim (Jennifer) of Manchester. Bub held a special place in the hearts of his five nieces and two nephews and their families.  He was preceded in death by his parents David Sr. and Jean Brandon and sister, Sara Brandon.

In lieu of flowers, contributions are encouraged to the Marine Corp Toys for Tots or Monroe Carrell Children's Hospital.