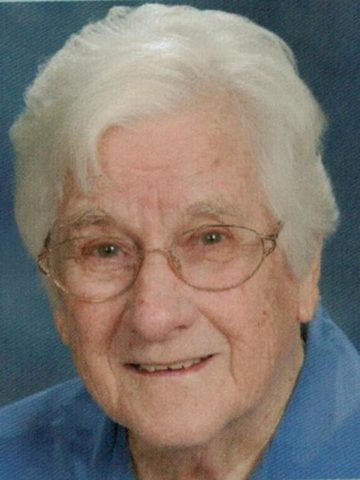 Mrs. Watts is preceded in death by her husband, James Walton Watts and son, Carl Watts.

Effie “Sis” was born on September 25, 1925 in Benld, Illinois to Jasper and Nora Bell (Sexton) Rasure. Upon graduating high school she moved to California to support the war effort by building airplanes, as a “Rosie Rivetor”. It was here that she met the love of her life James “Speedy” Watts and in November of 1944 they married in Oxnard, California.  Shortly after they moved to Tennessee.

Her interest included reading, sewing, and cooking but the most important thing to her was being a devoted wife, mother, grandmother and great-grandmother. Mrs. Watts was a devoted Christian and welcomed the opportunity to witness for her Lord Jesus Christ.