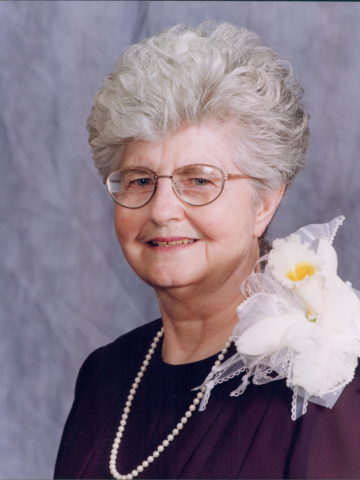 Eloise Rushing Ross, 88, March 13, 2018 went to be with her heavenly Father. She was a writer, reader, learner, believer, Sunday School teacher, friend, mother, seamstress, secretary, preacher’s wife, and member of the Crieve Hall Church of Christ. She graduated from Clarksburg High School, attended Nashville Business College, and explored her interests at Watkins Institute. She wrote a book of poetry and a family history.

Eloise touched the lives of those around her by her quiet kindness and gentleness. She was known to be a patient and humble servant. A Proverbs 31 woman in most every sense: A consummate mother, grandmother, wife, and friend. Later in life she was noted for her thankfulness and sense of humor.

Eloise was preceded in death by her husband, Carl Kelly Ross, daughter, Janet Ross, and parents Luther and Floy Rushing.

She leaves behind her daughter, Betsy Ketsdever (Tom); son, Brian Ross; and grandson Nathan Samuel Ketsdever, all of Nashville. She also leaves 3 brothers: George Rushing (Charleen) of Hendersonville; Laws Rushing (Marilyn) of Finger; and Frank Rushing (Debbie) of Jackson, as well as a multitude of nieces and nephews.