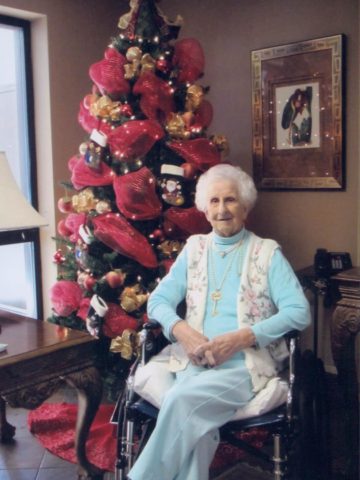 EUNICE MARIE JACKSON, 96, passed away peacefully, May 28, 2017, at West Meade Place, surrounded by her family. She was a resident of Nashville, and a homemaker.

She was preceded in death by: her husbands: Elgie Edwards, James O. Smith, and John Jackson, and a son, Randell Edwards.