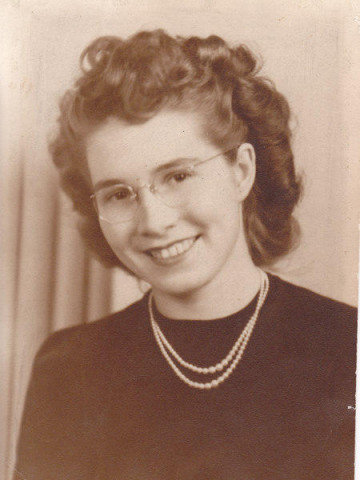 Departed on January 27, 2013 and resided in Nashville, TN

Virginia Lee Earle Gann was born July 6, 1928 to Harold Earle and Hazel Moore of Depoy, Kentucky. She grew up in Muhlenberg County, Kentucky and moved to Nashville as a young adult, where she married James B. Gann in 1948. James and Virginia had six children: Myra Gann of Nashville, Linda Delimata of Sterling, Illinois, Richard Gann deceased, James Gregory Gann of Kingston Springs, Tennessee, Robert Lee Gann deceased, and Liz Sneed of Kingston Springs, Tennessee. They lived in Nashville, Tennessee until 1957, in Illinois from 1957 to 1969, and then again in Nashville from 1969 until their respective deaths. Virginia was a homemaker for most of her life but held various positions outside the home over the years, including working at Genesco Shoes and at the Cohn Adult Learning Center. She spent the last two years of her life at McKendree Village in Hermitage, Tennessee, where she was cared for by an especially loving group of health care professionals. Besides her four children and their spouses, Virginia leaves behind ten grandchildren and ten great-grandchildren. In lieu of flowers, donations may be made to benefit Milla Gann, Virginia's seventeen-year-old-great-granddaughter, who is battling leukemia. Checks should be made out to "Milla Gann's Cancer Fund" and sent to" 7448 Nolensville Rd., Nolensville, TN 37135, or deposited directly into the Suntrust account of that same name. A Life Celebration will be held Wednesday, January 30, 2013 at 12:00 pm at West Harpeth Funeral Home. Inurnment will follow at Woodlawn Memorial Park. Grandsons will serve as honorary pallbearers. Visitation will be Wednesday 9:00 am until service time at 12:00 pm at WEST HARPETH FUNERAL HOME 6962 Charlotte Pike www.afamilylegacy.com 615-352-9400