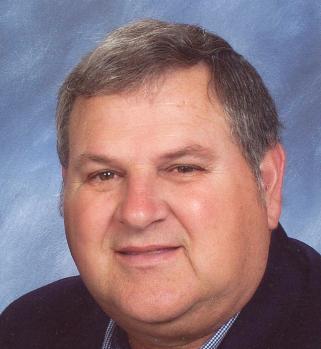 Departed on April 26, 2010 and resided in Hendersonville, TN

Larry Kenneth "Kenny" Gant, age 63 of Hendersonville, TN passed away at his home with family at his bedside on April 26, 2010 following a courageous battle with cancer. He was born January 28, 1947 in Nashville, TN to the late CecilVernon and Eva Mae West Gant. He graduated from East High School in 1965. On June 10, 1966 he was united in marriage to his high school sweetheart, Wanda Jewel Ashburn. Larry spent his working years in the sheet metal and roofing industry where he enjoyed many friendships and comradery. He usually could be counted on as the first person there every morning sometimes before the sun rose. Larry was well liked by both colleagues and those who he supervised during his time of employment. He was an avid outdoorsman with a passion for hunting, fishing, paintball, and even jet boat racing in his younger years. He was a member of Hendersonville Church of Christ, Al Menah Shiners, Masonic Lodge in Hendersonville and Sheet Metal Local 177. Larry is survived by his loving wife of 43 years, Wanda, his devoted sons, Larry Christopher Samantha, Jason Eugene Nicole; three grandchildren, Chandler Blake, Taylor Lea, and Bella Jewel; brother, Ronnie Cecil Gant Gale. He is further survived by nieces', nephews, other relatives and many friends. In addition to his parents, he was preceded in death by his brother, Don W. and Sister Eugenia. A graveside service for immediate family will be held April 29, 2010 at Owen's Chapel Cemetery with Keith Parker officiating. Visitation will be held at Hendersonville Memorial Gardens, 353 Johnny Cash Parkway, Hendersonville, TN from 10:00 a.m. to 1:00 p.m. on Saturday, May 1. Memorial service to follow as we celebrate and honor the life of a great man. The family wishes to give thanks to The Sarah Cannon Research Center including Dr. Howard Burris and staff for the wonderful care he received. Also, many thanks to Dr. Whitson Lowe and staff. In lieu of flowers the family requests donations be made to either Alive Hospice, Shiners Children Hospital or your favorite charity.