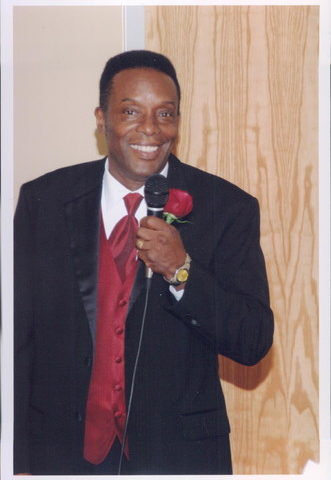 Departed on November 26, 2018 and resided in Nashville, TN

Gene Hughes, affectionately known as ‘Corky’ and ‘Big Time’, was the eldest of three (3) children born to the late Joseph Hughes and Ola Hughes on October 4, 1937 in Harlem, New York. He resided in Brooklyn and Queens, New York until early 2016 where he lived in Tennessee with his daughter and her family.

Gene Hughes joined the Armed Services under the branch of the Army. He was honorably discharged and enjoyed serving, but never wanted to fly again after leaving the Army - a promise he kept. Gene was employed as a line foreman at Canada Dry and Pepsi-Cola factory in New York City until he retired over 25 years later.

Gene enjoyed the company of his family and friends. He was always the life of the party. His personality was infectious, and he loved to make everyone smile. Anywhere his car could take him, he visited. He spent his time traveling to visit his family and made sure he was at every life event in his family’s lives, from graduations to birthdays. We all awaited his arrival and enjoyed his company.

He loved to laugh, listening to music, singing, and playing cards (Pinochle, Bid Wiz and especially Spades). Gene was very athletic. He was a registered black belt in Karate, a Paddleball champion, a basketball player, swimmer, bike-rider and an avid pool player.

Gene left a loving impact on all he came in contact with; he was easy to talk to, someone to listen to and was always the center of the joy and laughter. He was kind and simply “that cool dude.” He let everyone know he was a child star, as he had a role in the movie “Lost Boundaries.”

Gene is preceded in death by his sister, Rose Marie “Nooky” Bryant; and his son, Gene, and daughter-in-law, Joyce. Gene leaves the following to remember him in peace and love: His son, Kevin, and daughter-in-law, Kathy; His son, Reginald, and daughter-in-law, Stephania; His daughter, Sabrina, and son-in-law, John; His brother, Willard “Buddy” Hughes; Former spouse, Vivian Hughes; his grandchildren Robin, Alex, Ebonee, Bianca, Justice, Candace, Zion, Micah, Madisyn, & Micah Addison; great grand Keyrrea, nieces, nephews, cousins and a host of friends. He will be missed.