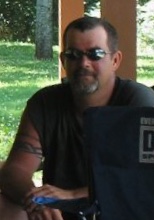 Visitation for Chris will be Thursday, April 25th from 10am - 6pm at West Harpeth Funeral Home, 6962 Charlotte Pike, Nashville, TN with the funeral service to begin at 6pm.  Interment will be Friday, 9am at Middle TN Veteran's Cemetery, Nashville, TN.