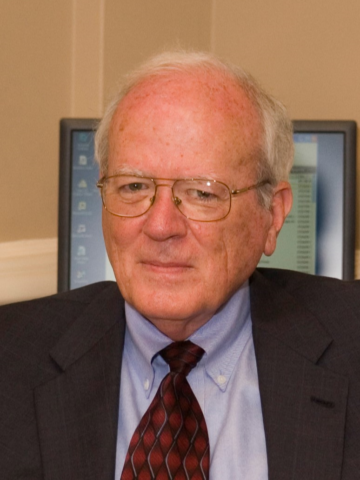 Departed on September 23, 2019 and resided in Nashville, TN

Gerald “Jerry” Adams, retired deputy commissioner of the Tennessee Dept. of Finance and Administration, died unexpectedly at his home in Nashville, TN, Sept. 23, 2019, at the age of 84.

Jerry Adams was born in Chatsworth (Sioux County), Iowa, on August 6, 1935, and was the youngest of five children. His wife, Carole Slate Adams, formerly of Clarksville, preceded him in death. Also preceding him in death were his father and his mother, Josephine D. Adams of Birmingham, AL, and his brothers and sister: Betty Adams Hyche of Birmingham; Gordon Adams of Tucson, AZ; Bob Adams of Houston, TX; and Jacque Adams of Austin, TX.

He is survived by many loving nieces and nephews.

Adams graduated from Sioux City Central High School in Iowa and then moved with his mother to Birmingham, where he worked for a time at a law office, filing legal documents at the court house. He also worked as a mailman for the US Post Office. He served in the US Army in 1955-56, attaining the rank of E-4, and was honorably discharged. He graduated with a B.S. degree at the University of Alabama in 1961, majoring in business administration. He was awarded a graduate scholarship in 1961 to attend the Southern Regional Training Program in Public Administration, a joint university program in which he attended classes at the universities of Tennessee, Alabama, and Kentucky.

Jerry Adams was employed fulltime by the State of Tennessee, Department of Finance and Administration (F&A), for 46 years. After retirement, he continued to work part-time as an advisor to the department and the Budget Division for another 11 years. He worked in the administrations of the last 10 Tennessee governors, of both Republican and Democratic political parties, and was deputy commissioner of finance and administration for 41 years, from 1967 to 2008. From 2008 until 2019, he continued as a part-time advisor to the department, working in the background from the department’s Budget Division. He was a close advisor to the first 8 of the 10 governors on state budget and finance matters.

At the beginning of his state budget career in 1962, Adams was hired as a budget analyst in the Budget Division. He was promoted to chief of budget in 1965 and to deputy commissioner of finance and administration in 1967. He continued in that position until his retirement in 2008. He was appointed commissioner of F&A by Governor Winfield Dunn on Aug. 26, 1974, serving until the end of the Dunn term at Jan. 18, 1975. He also served as acting commissioner of the Department of Correction from Oct. 25 until Dec. 8, 1975.

He was a member and, for a time, southern regional director of the National Association of State Budget Officers (NASBO) and contributed to development of professional training programs and to comparative research on state budgets and the budget processes across the nation. For a while, he taught political science classes at Middle Tennessee State University. Along with his longtime budget associate and close friend, Jerry Lee, he developed the budget process still in use in Tennessee and modernized presentation of the annual state budget document and appropriations act. Given his long service in state finance leadership, Adams leant stability to the Tennessee budget and finance processes and helped Tennessee gain a reputation as a top-tier state in national rankings of state government financial conditions and processes.

Working for commissioners of F&A, Adams was the go-to person, not only for governors and commissioners but also for elected officials and staff in the legislative branch who sought details of budget recommendations and finance policy. His work ethic, integrity, and sound judgement aided in maintenance of trust between leaders of the executive, legislative, and judicial branches of state government during times of change in state politics. In a biography of Gov. Clement, Gerald Adams was cited as one of the young technicians of the early 1960s who helped modernize state government.

Surviving former governors in recent days have praised Gerald Adams for his personal traits and professional abilities. Gov. Dunn commented, “What an excellent person and friend.”

Gov. Alexander, now a US senator, said, “Jerry was the consummate professional as a state employee. Everyone trusted and respected him.”

Gov. Sundquist commented upon the calm and sage advice Jerry Adams contributed to that administration.

Gov. Bredesen said: “Jerry Adams devoted his professional life to making Tennessee’s government be its best, and he was extraordinarily successful at that. . . . Legislators from both parties held him in such high regard that his briefings gave them the comfort they needed to take some tough actions [on the budget]. . . . I loved to work with him: he was a problem-solver, completely honest and without guile, earnest, smart, deeply knowledgeable. He worked hard, had a sense of humor, was completely non-partisan. I would have been a different and inferior governor without him; I suspect many of my predecessors from Frank Clement on could say the same. . . . [I have] profound respect and admiration as he wrapped-up a long, constructive, well-lived life.”

Generations of Tennessee budget analysts mourn the loss of their friend. He helped many achieve career advancement, not only in the Budget Office, but also in other important administrative and program functions throughout Tennessee state government. He was generous in his support of the budget staff and protective of their place in state government. Interested not only in their work, he also enjoyed hearing about the family activities of the staff.

Jerry Adams enjoyed getting away. He drove with Carole through the mountains of Tennessee and North Carolina many times, especially enjoying trips up the Blue Ridge Parkway and in the Great Smoky Mountains. In semi-retirement, after Carole’s death in 2001, Adams enjoyed reading two newspapers a day and history and mystery books. He was a rapid-reader and always had on hand multiple books checked out from the public library or swapped with friends and relatives. Adams enjoyed discussing politics and elections at the local, state, and national levels. He had a steel-trap mind for the details of politics and elections dating back to long before he was born. He enjoyed staying in touch with Nashville friends and colleagues at weekly lunches at Wendell Smith’s, a meat-and-three restaurant. In monthly trips to Clarksville, he stayed in touch with Carole’s family, having lunch with Carole’s first cousins, Ann Slate Harrison and Wanda Slate Homol, and Carole’s brother, Mark Slate. Jerry Adams also enjoyed trips to the beach on the Florida panhandle, stopping enroute to visit in Birmingham with the family of his niece Cheryl and Bob Hardwick, whom he also visited on holidays. He stayed in touch with other family and friends by email, telephone, notecards, and occasional travel.

In life at home, as well as at work, Adams gave new meaning to the term “organization man.” He always kept his papers properly filed and the house and state office in order. He enjoyed watching birds feeding in his yard and wildlife passing through at the edge of the woods in his backyard on Vaughns Gap Road.

In lieu of flowers, donations can be made to the charity of your choice, in Jerry's memory.