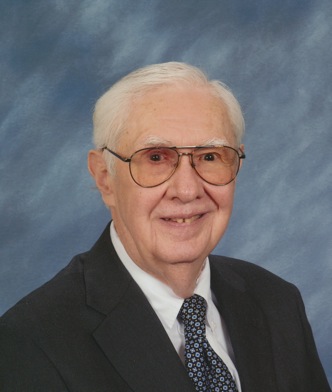 GREEN, Joseph Franklin "Joe", Jr. was born June 6, 1924 in Waco, Texas and died April 11, 2013 in Nashville, Tennessee. He was the son of Rev. Joseph Franklin Green, Sr. and Nell Kilby Green. Joe met his wonderful wife, Mary Jane "Janie" Stowell Green, in Ft. Worth, Texas, and they were married on May 8, 1949. They were blessed with two daughters, Mary and Carol, and shared fifty years of marriage before her death in 1999. Following in his father's footsteps, Joe was called to the ministry as a teenager and was ordained in 1943. To pursue his calling, he obtained a B.S. from Texas Wesleyan College, M.A. from Baylor University, and B.D., M.D., and Ph.D. from the School of Theology at Southwestern Baptist Theological Seminary. He served in the Army during World War II. He pastored Baptist churches in Texas and Colorado before becoming a religious book editor at the Baptist Sunday School Board LifeWay. During his thirty years there, he authored books and articles about faith and daily living, faith and science, and hymnody. He and Janie then moved to North Dakota, where he worked for the Grand Forks Herald as an editor and expanded its coverage of religion. He concluded his ministry as a Presbyterian pastor in Grandin and Hunter, North Dakota. For recreation, he enjoyed reading, working New York Times crossword puzzles, and woodworking. He is survived by his daughters Mary Green Vickrey Barry of Vermillion, South Dakota and Carol Green Butler Harry of Nashville; grandchildren David Corey and Mark Vickrey, Amanda Butler Carver Matthew, and Randy Butler; and great grandchildren Matilda and Walter Vickrey and Edward Carver. A memorial service and visitation will be held at 10:00 am on April 22 at First Baptist Church, 108 Seventh Ave. South, Nashville. A graveside service will follow at Harpeth Hills Memory Gardens. Memorials may be sent to the Janie Green Scholarship for Music Students at William Jewell College, 500 College Hill, Liberty, MO 64068-9953. HARPETH HILLS FUNERAL HOME