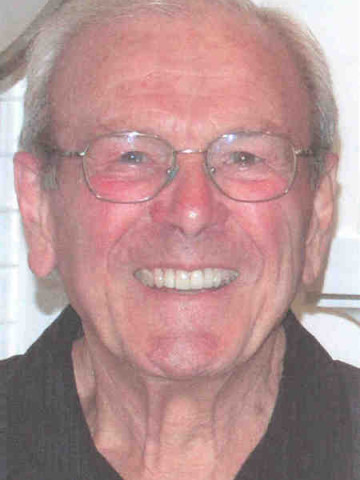 Departed on February 18, 2008 and resided in Brentwood, TN

Brentwood, TN --- Howard G. Haas, 78, died on February 18, 2008 at St. Thomas Hospital following an accident in his home. Howard lived a full life. He was a connoisseur of the finer things – food, wine and classical music. He perfected the art of conversation and was always intrigued by what others had to say. A life long learner, people were drawn to Howard for his intellect, but they loved him for his charm, sincerity and gentleness. Howard is survived by his wife of thirty-one years, Rosemarie Haas; his son Roy Haas, also of Brentwood; his sister, Priscilla Gillmore of Syracuse, New York; brother-in-law; sister in-law; nieces and nephews. He was preceded in death by his parents and grandparents. Howard was born in New York City on February 8, 1930, the son of Gottlieb and Mabel Haas of New York and spent his formative years in New York. He was a 1952 graduate of Dartmouth College and received his Master's of Business from Harvard Graduate School of Business Administration in 1954. Following graduation, he was a Special Agent in the Counter Intelligence Corps in the U.S. Army and spent his tour of duty mostly in post-war Germany. After his military service, he joined NBC International in Saudi Arabia. As Director of Finance and Administration, he was instrumental in building, equipping, and staffing TV stations throughout the country. Upon his return to the United States, he joined Ford Motor Company as a remarketing consultant. He later joined Manheim Auctions, retiring in 2001 as Vice President of Administration. Howard was very active in the American Cancer Society, Easter Seals and the Tennessee Performing Arts Center. He was a graduate of Leadership Nashville and a member of Chaine des Rotisseurs and les Amis d'Escoffier of Nashville. Howard will be greatly missed by all who knew and loved him. Visitation will begin at 1:00 p.m. and will be followed by a celebration service at 2:00 p.m. on Saturday, February 23, 2008 at Harpeth Hills Funeral Home. In lieu of flowers, the family requests donations be made to the American Cancer Society and The Humane Society of the United States.