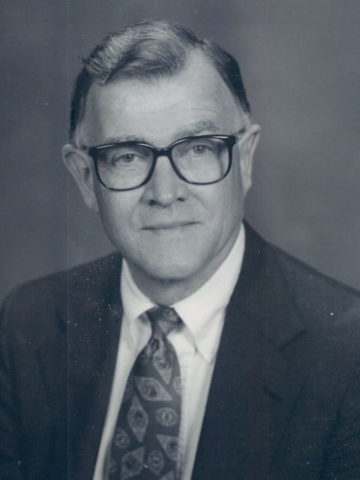 Departed on February 9, 2021 and resided in Nashville, TN

Herbert James Stuart
Nashville – Herbert James Stuart, age 91, passed away on February 9,
2021 in Franklin, TN. He will be dearly missed by those who knew and
loved him. Born on October 12, 1929 in Memphis, TN, Herbert
graduated from Memphis Tech High School and attended Memphis
State University. Herbert married and moved to Nashville in 1958 with
his wife, Peggy, where they raised two daughters.
Always an avid outdoorsman, Herbert enjoyed hunting, fishing, and
camping. Boy Scouting was an important part of Herbert's youth. He
spent many fond summers in Hernando, MS at Camp Currier, where he
achieved his Eagle Scout ranking, along with gold and silver honors.
Later, he spent happy times at Monteagle Sunday School Assembly with
his family exploring caves and hiking trails. He and Peggy were avid
travelers, and were fortunate to travel the United States and abroad.
Herbert was one of the original founders of Harding Academy in 1971.
He found the existing location in Belle Meade and helped bring together
the six original founders and first headmistress. Herbert was proud how
Harding Academy has flourished over the past 50 years, now having over
500 students.
Herbert and Peggy were long-time members of Westminster
Presbyterian Church, where Herbert will join Peggy in eternal rest.
Herbert was devoted to his wife, Peggy, and daughters, Nancy and Alice.
He was the quintessential husband and father, who loved his family as
much as they adored him. He taught his daughters to be kind to the less
fortunate, to be giving in nature, to be resilient and to persevere. We will
miss our sweet Daddy's sense of humor, smile, gentle manner, pearls of
wisdom and helpful advice.
Herbert is preceded in death by his beloved wife, Margaret Paine Stuart.
Herbert shared 63 wonderful years with Peggy before her death on
March 20, 2016. Herbert's parents, Carlin Osborne Stuart and Annie
Mae Denton Stuart, both predecease him. Herbert was the last survivor
of five siblings and their spouses; Carlin Stuart (Jamie), Donald Stuart
(Billie), Mary Anne Stuart Sherman (Odom), and Esther Stuart Scott.
Surviving Herbert are his two beloved daughters, Nancy Stuart Webster
and husband Greg of Lynnville, TN, and Alice Stuart Meulemans and
husband Michael of Franklin, TN. Herbert's legacy extended to ten
precious grandchildren and four beautiful great grandchildren.
Herbert spent the majority of his career as a business broker. He was a
veteran of the business community and owned his own company, the
Herbert J. Stuart Company, where he was responsible for brokering the
sales of many companies in the Nashville area. He later joined Edwin B.
Raskin Company and headed their Business Brokerage Division.
Herbert enjoyed the many business connections and friendships he made
while working.
A private service for the immediate family will be held at Westminster
Presbyterian Church. Memorials may be directed to: Harding
Academy, 170 Windsor Drive, Nashville, TN, 37205; Camp Currier and
Training Center, Boy Scouts of America, 9700 MS-304, Hernando, MS,
38632; or Alive Hospice, 1718 Patterson Street, Nashville, TN, 37203.