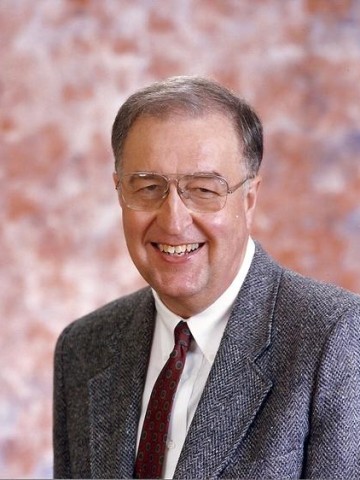 Departed on April 6, 2013 and resided in Nashville, TN

HOLSCHER, Myron Alphonse, 75, of Nashville, Tennessee passed away on April 6, 2013. He was born February 25, 1938 on a farm in Vincennes, Indiana, the son of Lawrence R. and Ethel Carie Holscher. Myron attended Freelandville High School and was class president his senior year. He graduated Vincennes U. '58 and Purdue U. '63. Myron and Patricia Herrick Holscher were married June 1, 1963, living together in Nashville for 49 years. Myron served as a Captain in the USAF Vet Corp and served in the Dominican Republic. Myron worked from '65-'66 in the Animal Health Div, AG Research Service, USDA and from '66-'72 was a Vet in the TN Animal Disease Diagnostic Lab.Myron received a PhD in Pathology Vanderbilt Med School '72 and was an Associate Professor of Comparative Pathology '79-'94. He spent the remaining years in private veterinary pathology practice. He is survived by his wife, Patricia; son, Art wife Kim; daughter, Leila husband Matt; grandchildren, Mae and Lucy; brother, Ralph Holscher wife Linda; nephews, Brad Holscher, and Mike, Dan, and Jim Nierste. He was preceded in death by his parents; a brother in infancy, Norbert Hillary Holscher; his sister, Juanita Holscher Nierste; and his brother Kenneth Lawrence Holscher. Visitation is Tuesday, April 9, 2013 from 5-7:30 PM and Wednesday, April 10, 2013 from 10-11 AM at Calvary United Methodist Church. A Celebration of Life will be on Wednesday, April 10, 2013 at 11 AM at Calvary United Methodist Church officiated by Dr. Steve Angus. Donations in Myron's memory may be made to Calvary United Methodist Church 3701 Hillsboro Road Nashville, TN 37215 or Nashville Humane Association 213 Oceola Ave, Nashville, TN 37209. Myron's reflection on his life: There is nothing but God's Grace. We walk upon it; we breath it; we live and die by it. Robert L. Stevenson We shall not cease from exploration And the end of all our exploring Will be to arrive where we started And to know the place for the first time. T.S. Eliot

4 Comments to Myron A. Holscher