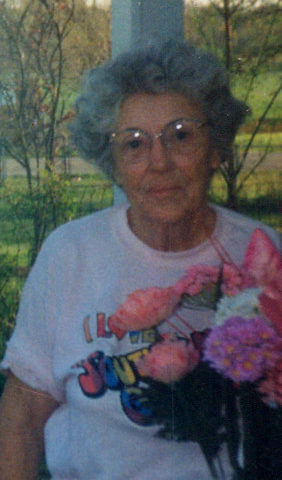 Irene Bennett of Nashville, TN passed away on the evening of July16, 2020 with family at her side. She was 98 years old.

Born in Franklin TN on October 29, 1921, Irene was raised through the Great Depression of the 1920’s – 1930’s with severe economic hardships making life difficult for all families in the United States. She learned at a very early age to be a survivor. Irene witnessed many amazing events in her lifetime such as the first color TV broadcast, the first man on the Moon, two cars in every garage, computers and internet capabilities. Irene also saw many tragedies unfold in her lifetime such as World War II, the Korean & Vietnam Wars and the terrorists’ attacks in America on 9/11/2001. She survived through the Asian & Swine flu pandemics and the West African Ebola and Zika virus epidemics.

Irene had a strong will and keen mind. She was very clever and crafty and could build almost anything if she had the materials. A passionate painter and quilter, her artwork and quilts brought much joy to her family and friends who loved to see her displays. She could make the best traditional-style chicken and dumplings you would ever eat. Irene was a country girl with a smile that could make anyone like her right away. The love and devotion that she put into everything she did will be remembered dearly by her family. Her warm spirit and giving nature will never be forgotten.

A visitation for Irene Bennett will be held at West Harpeth Funeral Home, 6962 Charlotte Pike, Nashville, TN on Sunday, July 26, 2020 beginning at 1pm with a memorial Chapel service to begin at 2pm. Interment will be held at a later date.