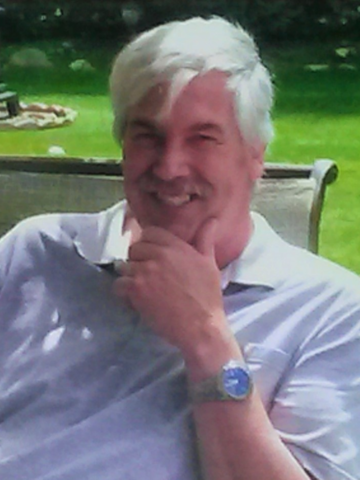 Departed on December 5, 2017 and resided in Nashville, TN

Born April 27,1955 in Evanston, Illinois to Jacob and Lucille Behof (nee Gierman) raised in Chicago Illinois (Shauganash) attended Queen of All Saints and Gordon Technical High School in Chicago, IL. Enlisted into the United States Air Force May 1974 and was stationed in Indiana and Zaragoza, Spain, Sergeant James E Behof, fondly known as Big B and Sarg. Jim was an electrician by trade for Local 134 Cook County (Chicago) and 150 Lake County, IL.  Jim moved to Nashville in 2015, loved his farm, was a dedicated individual who loved nature and was passionate about his chickens and dog Blu.

Jim was the John Wayne of Boy Scout Troop 237/964 in Lake Zurich, Illinois. He was a Cub Scout leader as well as Boy Scout leader (at the same time). He led multiple trips to Boundary Waters Canoe Area/Quetico Provincial Park in Ely, MN and Ontario Canada respectively. Two of his favorite places to visit were Gettysburg National Military Park in Gettysburg, PA and Yellowstone National Park in Cody, WY. He loved his service in the Air Force and was an active member of American Legion Post 964 in Lake Zurich, IL.

He was an even keeled man who always was a source of encouragement, pride, guidance and praise. He was a favorite with the grandkids as he always took the time to listen and play with them. He touched the lives of everyone he met. Loved spur of the moment trips, bowling, and music was a very big portion of him. His bright smile and enormous heart will be forever missed.