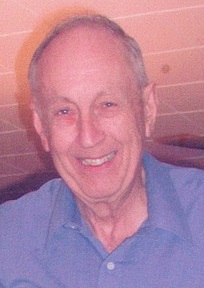 Departed on December 8, 2018 and resided in Nashville, TN

Along with his parents, Mr. Sanders is preceded in death by his loving wife of 65 years, Frances L. Sanders; brother, Harlan L. Sanders; and sister, Gladys Bowen.

He honorably served his country in the United States Air Force until his separation, at which point he joined the Tennessee Air National Guard and served for 25 years. Mr. Sanders was employed by Western Electric for 29 years and was also a well-known auctioneer. He and his wife were long time members of Redeemer Lutheran Church.

A Celebration of Life will be held on Friday, December 14, 2018 at 10:30am at Redeemer Lutheran Church(800 Bellevue Rd, Nashville, TN 37221) with Rev. Phillip Young officiating. Visitation will be held on Thursday, December 13, from 4:00pm until 8:00pm at West Harpeth Funeral Home. Mr. Sanders will be laid to rest, by his wife, at Harpeth Hills Memory Gardens.