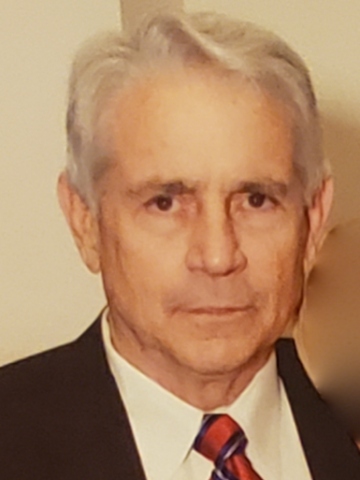 James Richard Falconbury loving father, brother, and friend. He was an exemplary entrepreneur whose work touched the lives of many. He is fondly remembered by family and friends as "Rick."

Rick was born May 28, 1947, in Indianapolis, IN, the son of the late Darrell Eugene and Margaret Falconbury (Frederick). He attended Ball State University where he was a member of the Sigma Chi Fraternity. Falconbury volunteered to serve his country and enlisted in the United States Army and saw action in the Vietnam War.

A longtime resident of Nashville, TN, he was an advocate for the hearing impaired community. He served as chairmen of the Tennessee Hearing Society and owned numerous hearing clinics before retirement. In his spare time, he loved being with his family. He enjoyed cars, politics, good food, and music.

In addition to his parents, he was preceded in death by a brother, Tom, and sisters Sharon Lou and Donna Walden Harrison.

The family will receive friends from 10:00 am Friday until the service commences at 11:00.

Grandchildren and his sons and brother will serve as pallbearers.