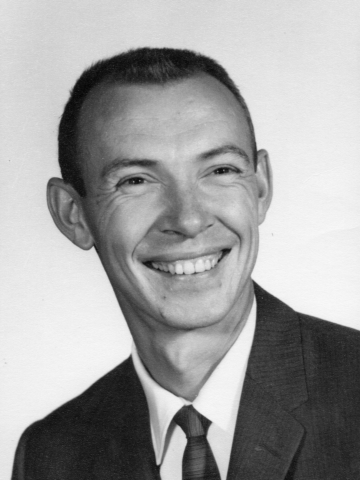 Departed on January 10, 2019 and resided in Nashville, TN

Jim was born on December 28, 1933 in Dyersburg, TN to James and May Bray.  He was a graduate of Murray State University in Murray, KY and received a Masters’ Degree at the University of Missouri.  He was a captain in the U.S. Army Corps of Engineers, a speech and drama teacher, as well as a member of the Board of Education, at Hillsboro High School in Hillsboro, MO, and retired in 1999 as a director of the Cooperative Extension Service at the University of Kentucky.

After retirement, Jim became a deacon at the South Elkhorn Baptist Church. He traveled to many parts of the world with his wife, Jeanette, and children.  He was known for his accomplished carpentry, his baritone voice, and his ease and confidence when speaking in front of large audiences.

Jim is survived by Jeanette, his wife of 63 years, his four children, Laura, Michael (Jane), Paula (Greg), and Marty (Elaine), his brothers Jerry and Paul, as well as 10 grandchildren and six great-grandchildren.

Funeral services will be held at Blue Grass Memorial Gardens, 4915 Harrodsburg Road, Nicholasville on Tuesday, January 15, 2019, at 2:00PM. (EST) In lieu of flowers, gifts or donations may be sent to the Alzheimer’s Association or the BrightFocus Foundation.