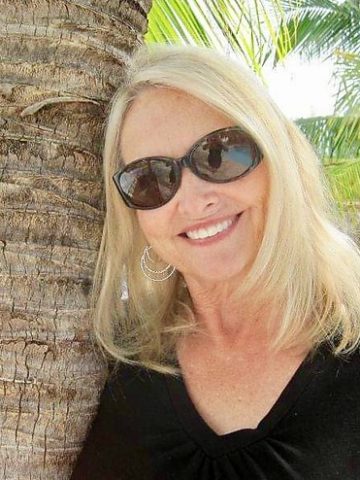 Janie Murrell Snyder, "Nanny", was born on Friday May 2, 1952 near Knoxville, TN in a town called Maryville, to the late Robert Eugene Murrell and Gracie Irene Arwood.   She was named after her grandmother whom she favored greatly, Sarah Jane, lovingly known as “Mama Arwood”.   Janie has four siblings; Jimmy, Bobby, Carolyn, and Tony.  Her childhood was spent on a chicken farm surrounded by family and friends in the town of Rockford, TN where she knew a life of love, simplicity, and a tight-knit Christian community.

In the summer of 1973, her friend invited her to go to a carnival; it was there she met the carnival owner’s son, Hillman Snyder jr., whom she married the following year on January 25, 1974. They were madly in love and couldn’t wait to start a family, so, in 1975 their little miracle was born, Jill.  They worked with the carnival for a number of years before owning and operating their own show, known as “Snyder and Metts Amusements”.  Janie was not only the office administrator, she was in charge of the carnival’s food, tickets, and did her fair share of unlicensed doctoring.

Janie and her family prospered greatly in this endeavor for a number of years. They retired from their business in 2006 and later on started a gift basket shop where she could delve into her artistic abilities. Anyone who knew Janie could see she was talented in a number of ways. She was a singer, a writer, and quite the painter. The kitchen was another place where you could see her talents. If you were lucky enough to have had her Chicken n' Dumplings, then you would be able to taste the love that went into creating it. Just like everything she made!

Nothing was more important than family to Janie. The joys of being a wife, a mother, a grandmother, and a great-grandmother were to her, the greatest achievements of her life. Surrounded by her family and friends during holidays, vacations, and even at work, throughout her life, there was no surprise that she was lovingly surrounded at the time of her passing after a long battle against Alzheimer’s disease.

Janie is survived by her husband of 46 years, Hill; their daughter Jill; granddaughters; Haley and Lexi, and a great-grandson, Bodin. She will forever be missed and remembered for her overwhelming generosity, integrity and the love she spread to whomever she met. There will never be another soul like hers. Nanny, you will be in our hearts forever.

In lieu of flowers, the family requests donations be made in memory of Janie Snyder to the Tennessee chapter of the Alzheimer's Association.