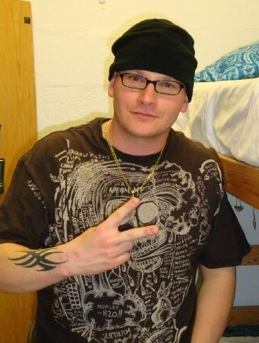 Departed on October 8, 2018 and resided in Nashville, TN

Jason was currently serving his 19th year active duty in the Army National Guard, where he specialized in Human Resources. Serving and taking care of his brothers and sisters in uniform was his passion. This suited him well because he never met a stranger, and when he did, he was quick to treat them as a friend. Jason has met and made extremely great friends along the way, and considered some of them more like family.

Another one of Jason’s passions was animals. He rescued and cared for many, as he felt that it was his duty. He also enjoyed music by Nine Inch Nails, and leggos.

A celebration of life service will be held on Saturday, October 13, 2018 in the chapel of West Harpeth Funeral Home at 4:00pm. Visitation hours will be held prior, from 2:00pm until the time of service. Burial will follow military honors on Monday, October 15, 2018 at 1:00pm at Middle Tennessee State Veterans Cemetery on McCrory Lane in Nashville. In lieu of flowers, the family asks that donations be made to Folds of Honor, in memory of Jason, at https://www.foldsofhonor.org/donate/