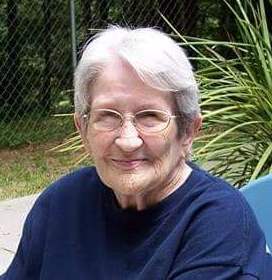 Departed on August 11, 2017 and resided in Kingston Springs, TN

Jayne Louise Hiett , 88 of Kingston Springs, Tn passed away peacefully on Friday, August 11, 2017 at home, surrounded by her family.

“Mama Jayne” as she was known by the community, was born Jayne Louise Coulson in Abliene, KS. on November 21, 1928.  Growing up in a military family, Jayne traveled extensively, and lived in Kansas, Colorado, Washington, New York and Japan, where she met and fell in love with her husband Pete. After the war and school, they settled in Kingston Springs and raised their five children.

Jayne was a member of the Kingston Springs United Methodist Church, and served the Lord by nurturing the community around her. She was often seen around town visiting the sick and delivering food to those in times of need. Jayne was actively involved with her community, serving early on with Meals-on-Wheels and Room In The Inn, among other activities. She was known as someone who would give away her last dollar if she saw someone in need, and was loved by all who had the privilege to know her.

Jayne was preceded in death by her father, Captain Fred Coulson and mother Eunice Coulson.; her brother, Fred Coulson Jr., and her loving husband of 53 years Peter Hiett.

Jayne is survived by her sister, Sally Porter, of Dallas,  children: Peter Hiett III and his wife Peggy, Shelley Hiett, Scott Hiett, Lisa Vetitoe, and Jon Mark Hiett, as well as 9 Grandchildren, 6 great-grandchildren, and 1 on the way.

She will be interred at the Veterans Cemetery on McCrory Lane.

In lieu of flowers donations may be made to Meals-on Wheels of So. Cheatham, Cheatham Co. Animal Control, or Alive Hospice.