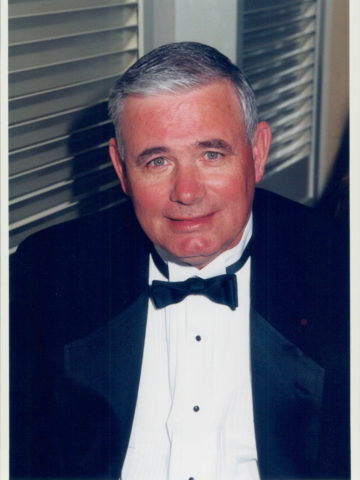 Jerry Wayne Ford- age 71, passed away March 17, 2020. He is preceded in death by his brother, Larry Ford.
Survived by his wife, Kathy Ford; children, John (Christy) Ford, Alicia (Jamie) Reese, Amber Ford, Jared (Daphne) Ford; grandchildren, Connor Galbraith, Samantha Reese, Charlie Ford, Emma Reese, Amelia Reese, Hazel Ford, Oscar Ford, and Hugo Ford.; nieces, Leann Hraba and Legina Chaudoin and nephew L.J. Ford; sister Barbara Sorrell and many more extended family.
Jerry was retired from Metro Police Department after 39+ years of service and continued to provide security in our community until his last days. He was a veteran of the US Air Force, serving in the Vietnam War. He was a Mason at Bellevue Lodge #716 and most recently was proud to become a Shriner and was looking forward to participating in an upcoming parade. For many years, he enjoyed coaching his own children, along with countless others, in youth football and baseball; and later coached his grandchildren in softball.
Jerry loved simple Sunday dinners with family; watching his eight grandchildren play so many sports; helping others with home improvement projects; and finally, spending time around the fire with his close friends, Jim and Margot Barlow and James Austell.
A celebration of his life will be on Saturday, March 21, 2020, at 10:00am, at West Harpeth Funeral Home on Charlotte Pike. Visitation with the family will be on Friday from 3PM until 7PM, and on Saturday one hour prior to the service, both at West Harpeth Funeral Home.
In lieu of flowers, donations may be made to the Shriner’s Hospital in his name.