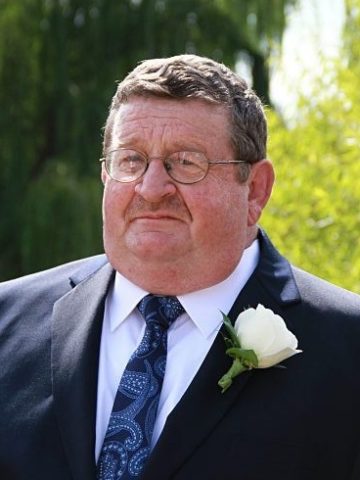 Jerry loved golf.  One of his greatest golfing memories was playing T.P.C. Sawgrass with his son.  Jerry loved sports and had a favorite team in every sport, U.T. football, Vanderbilt Basketball, the St. Louis Cardinals, the Miami Dolphins, and the San Antonio Spurs.  But perhaps Jerry’s favorite sports teams were the ones that his grandsons played on.  It brought him great satisfaction to watch their games he tried to never miss one.

Jerry was preceded in death by his parents, Gene and Catherine Steele.  Jerry is survived by his daughter Christy Saunders (Kevin), his son, Jeff Steele (Tiffani), a brother, Ronnie Williamson.  His three grandsons, Matthew C., Jacob T., and Nathan R. Saunders.  He is also survived by his children’s mother, Beverly Cleghorne Steele.

A celebration of Jerry’s life will be held on Friday, July 21, 2017 at 2:00pm, at West Harpeth Funeral Home.  Visitation for family and friends will be at the funeral home on Thursday, July 20, from 2-8 p.m.