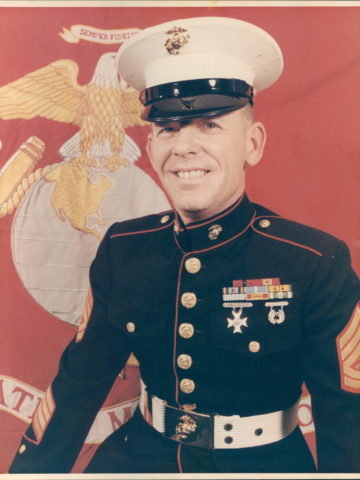 Along with his parents, John is preceded in death by his siblings, Roy Jr., Gene, and Ann.

John courageously served his country for 30 years in the United States Marine Corps. During his service he served in Vietnam and Korea, and then was stationed in Okinawa, Japan. He was more than proud of his military history, which could be seen by how he liked to inform others, either through writing or talking about his service. John was also a member of VFW post 1970, where he served as commander for 1 year. Early in life, John was involved in real estate. His hobbies were golf and grilling. John’s family will always remember the times where he pulled through with his handy-man skills, and good sense of humor.

A Celebration of Life service will be held on Friday, August 24, 2018 in the chapel of West Harpeth Funeral Home at 12:30pm. Visitation will be held on Thursday, August 23, 2018 from 4:00pm until 7:00pm and again on Friday from 10:30am until the time of service at 12:30pm, all at the funeral home. John will be buried at Middle Tennessee State Veterans Cemetery in Nashville, following full military honors.

2 Comments to John "B" Clopton Sr.