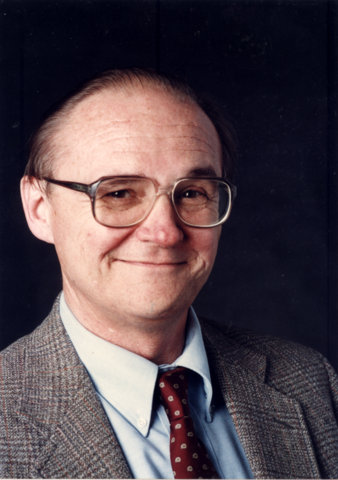 Departed on January 6, 2020 and resided in Nashville/West Meade, TN

John Frederic Post, 83, of Nashville, Tennessee, died Monday, January 6, 2020, of complications from Alzheimer’s disease at St. Thomas West Hospital in Nashville.
Dr. Post was an emeritus professor of philosophy who taught at Vanderbilt University for more than 35 years before retiring in 2001. In addition, he served as a visiting professor of philosophy at the University of Notre Dame (1975-76) and as a visiting distinguished chair of the humanities at East Carolina University (1996-97). He specialized in metaphysics, epistemology, philosophy of science, meta-ethics, and the philosophy of religion, working primarily within the Anglo-American analytic tradition of philosophical inquiry. Throughout his tenure, he remained equally committed to creative research and to teaching at both the undergraduate and graduate levels.

Born on August 26, 1936 in Madison, Wisconsin, John F. Post came of age in a family of historians. His father, a medieval historian, inspired both of his sons to study history. Dr. Post received a Bachelor of Arts in history from Harvard University, with magna cum laude honors, in 1958. As a senior in college, he realized that the fundamentally creative questions he wanted to ask went beyond the realm of history and required philosophical tools to answer. After graduation he served six months as a second lieutenant in the U.S. Army at Fort Sill, Oklahoma and Fort Leonard Wood, Missouri, 1958. He subsequently attended the University of Wisconsin, where he focused primarily on symbolic logic and other recent developments in philosophy, earning a Master of Arts in philosophy and receiving an Award for Teaching in 1959. He was admitted to the doctoral program in philosophy at the University of California Berkeley where he served as a teaching fellow, completing his doctorate in philosophy in 1968.
John attributed a strong and nurturing family, fulfilling work as a writer and teacher of philosophy, and vigorous engagement with the natural world as a climber and lover of wilderness as fundamental to his growth and wellbeing. “Wise parents gave me the support, freedom, and inspiration to follow my own interests from an early age. A happy marriage to the same woman for [53] years, two fine sons with whom I bonded deeply, and a close, lifelong relationship with my brother and only sibling provided emotional sustenance and personal stability.” (excerpt, 1995/96 interview, available at https://as.vanderbilt.edu/philosophy/bio/john-post.) John met his wife, Patricia Anne Trueblood (Pat), while an Instructor in Philosophy at Vanderbilt University in Nashville, Tennessee, December 1965. They were married on December 23, 1966 in Kirkwood, Missouri.
Dr. Post was preceded in death by his parents; and sister-in-law, Jean Bowers Post. He is survived by his wife; sons John Gavin Post of Nashville and David Gaines Post (Fiona) of New South Wales, Australia; brother Gaines Post, Jr., of Santa Barbara, Ca; brother-in-law Michael C. Trueblood, MD (Mary) of Cape Girardeau, Mo.; nieces Katherine Post Spitser (Andrew) of Los Angeles, Ca., and Emily Trueblood Gardner of Kirkwood, Mo.; nephews Daniel L. Post of New York City, and Andrew C. Trueblood, MD (Amy) of Cape Girardeau, Mo.; and step-grandchildren Steven Hermann, Peter Hermann, and David Hermann of New South Wales, Australia.

Over the course of his long career, Dr. Post published three books, contributed numerous peer-reviewed articles to philosophical journals, and presented his philosophical ideas at many professional conferences and colloquia in the United States and abroad. In his seminal book, The Faces of Existence: An Essay in Nonreductive Metaphysics (1987), Dr. Post argues that nonreductive physicalist materialism is compatible with a number of views often deemed incompatible with it, such as the objectivity of values, the irreducibility of subjective experience, the power of metaphor, the normativity of meaning, and even theism. Metaphysics: A Contemporary Introduction (1991) provides an engaging and challenging introduction to metaphysical inquiry informed by contemporary developments in philosophy and science, which is accessible to all readers with the gift of wonder. From Nature to Norm: An Essay in the Metaphysics of Morals (2008) offers a nonreductive theory of naturalist moral realism, linking evolution with ethical processes through the interplay between the biological and moral aspects of human being.

A member of several academic professional organizations, Dr. Post served as president of the Central States Philosophical Association and was active on numerous committees of the American Philosophical Association, Eastern Division. He was also a member of the American Association for the Advancement of Science, the Philosophy of Science Association, the Metaphysical Society of America, the Society for Philosophy of Religion, and the International Society for Environmental Ethics. Dr. Post also served as chairman of the International Commission for Evaluating the Project for Peace in Israel (1979–82) at the University of the Negev. In recognition of outstanding contributions to his profession, Dr. Post was presented with the Albert Nelson Marquis Lifetime Achievement Award by Marquis Who's Who in November 2019.

********In light of the current state of emergency, and to exercise an abundance of caution, the family will be postponing the Celebration of Life until further notice. Please check back with updated info.